Wow!  Things have been crazy around here.  We had WONDERFUL house guests last weekend: Ry’s bro, Dave, his wife, Renee, and their son, Cayman.  And Ry’s sis, Terri and her H, Scott, got to come by Saturday night, too.

So much fun: talking, laughing, eating, drinking and making merry! And then the Chief’s game! oh, yes. (sorry, Renee, but, at least this year someone went home happy!)

As it always seems to happen with house guests, you rush-rush to finish up all those tiny details, which is great, but can be tiresome.  One of mine was to finish up the office (not there yet…but almost!), and in the midst of my getting organized, I ran across a couple of pics from the home inspection report that was done before we bought the house.   Here’s the before and afters of the deck and under the deck. I think this gives you a really good taste of where this entire project began.

Here’s the upper deck.  The broken railings are obvious, but it’s really hard to appreciate the sad state of the wood.  I don’t believe the cedar had ever been retreated.  And there was that weird greasy/oil stained area in the lower right of the photo. Oh, and some rotting boards, too. 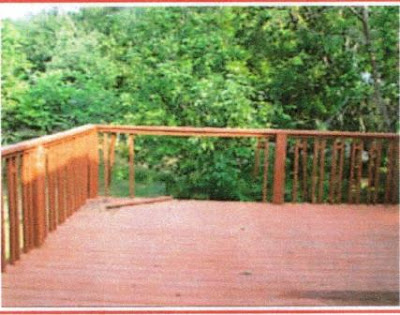 We repaired the railing, replaced the rotting boards, powerwashed, sanded and stained the deck.

Here she is now. 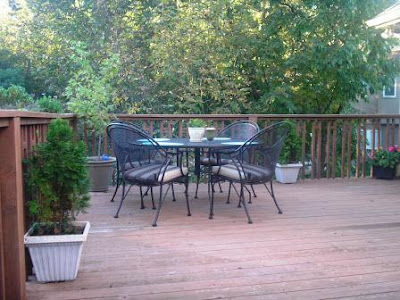 Here’s below the deck. This was great!  That’s all gravel and tree-like weeds growing there.  The rotting hot tub was filled with grody water and tadpoles. yummy. 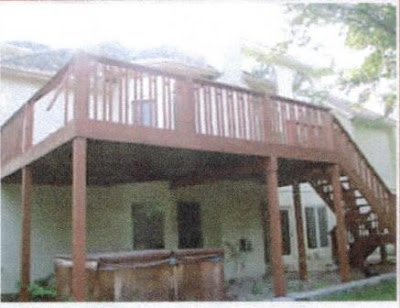 The gravel was contained by the Pavestone blocks.  And the gravel wasn’t really thick enough to cover all the mud and dirt, that’s why we had so many of those tree-like weeds growing in there.  We cleaned, rebuilt and moved the hot tub, poured some patios, put in a stone path and landscaped under here.

And here’s the after. 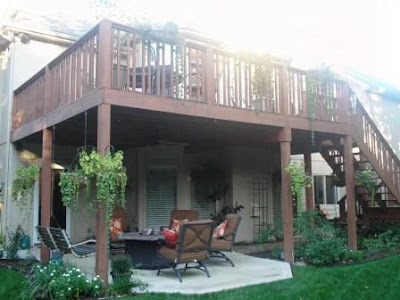 Man, looking at these before photos make me question our sanity.  I think I have forgotten the level of disrepair this poor house had been left to.  But it also makes me thankful that we have the opportunity to bring her back and really make her ours.

And while we’re at it, we are having some windows replaced in our bedroom. I was taking pictures of the workings of the casements for window guy, and got this pic by leaning out the window from our bedroom. 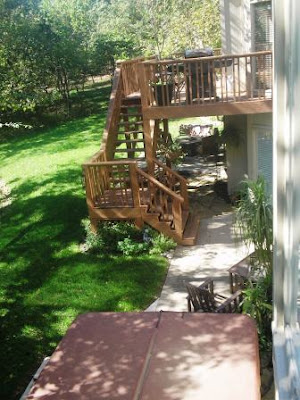 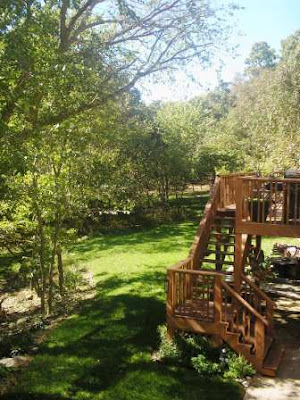 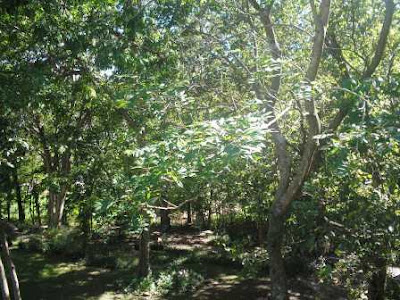 It sure looks pretty from up here! Makes me want to add a door and a deck off the bedroom.  Think Ryan will go for that? 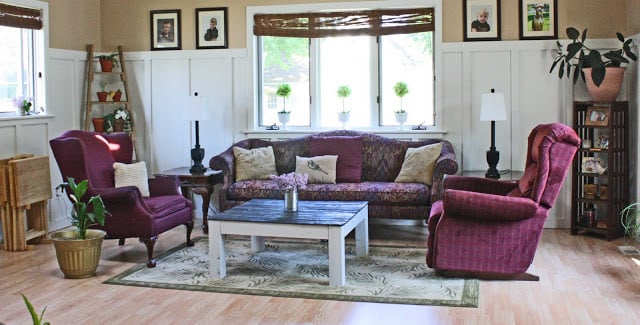 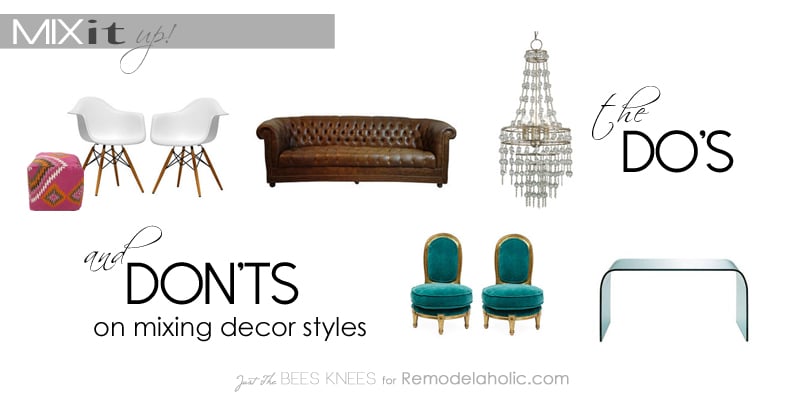 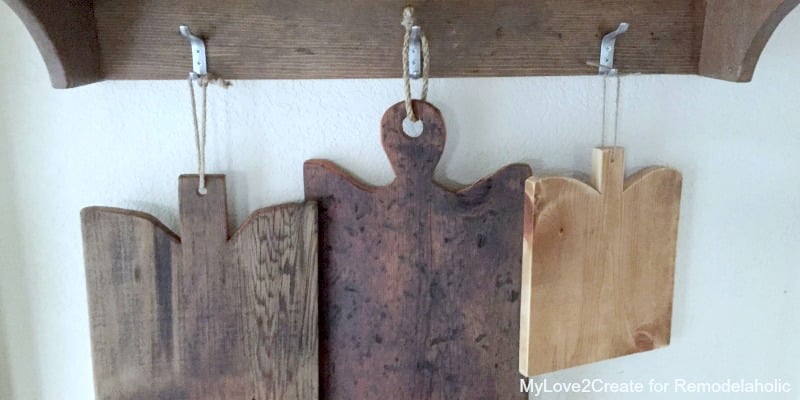 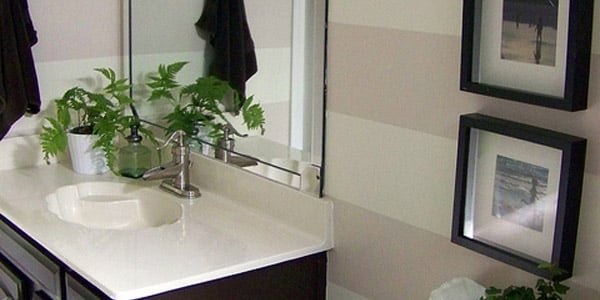 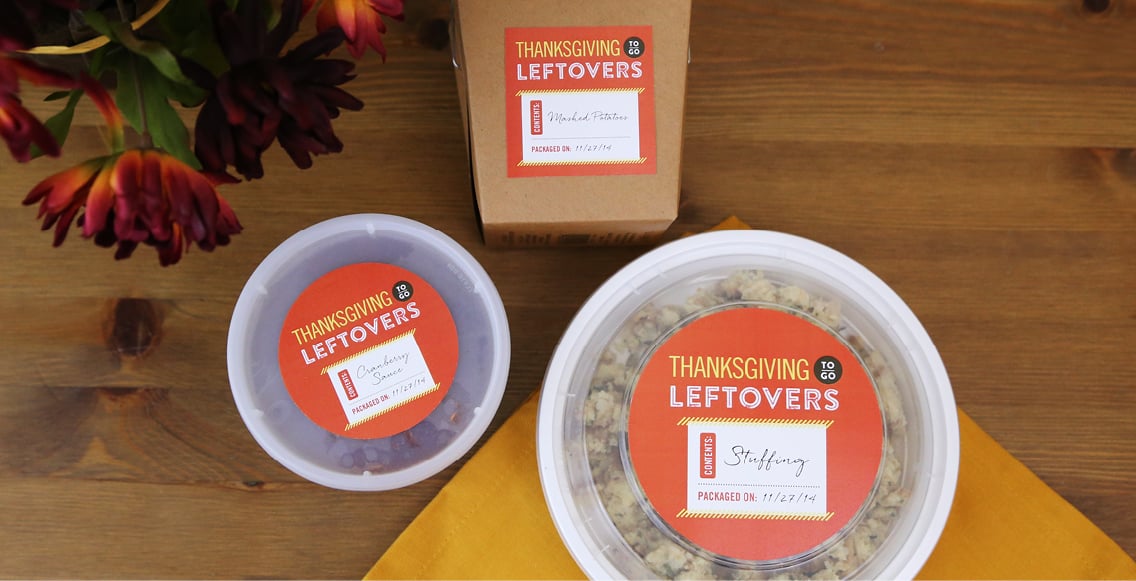 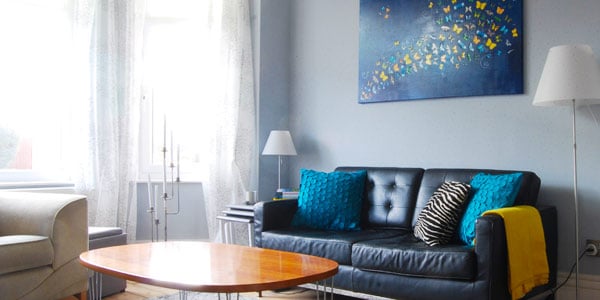