We showed you here how we color washed our barn door,  but I didn’t quite show you the rest of the story. So, I wanted to show that to you today.  We improved the bottom stair tread and wanted to add house numbers to it, below the barn door.

Now, this door comes off the stairs to the basement.  While the stairs are carpeted, our living room floors are wood (well actually they only look like wood).  I didn’t want to remove the carpet, on the bottom stair landing.  I like the little extra cushion that carpet offers.  When the door was shut I did want it to look like the step had wood floors, though.  So we compromised by cutting the carpet back to just under the door, and added a custom wood bullnose stair tread with the house numbers underneath. 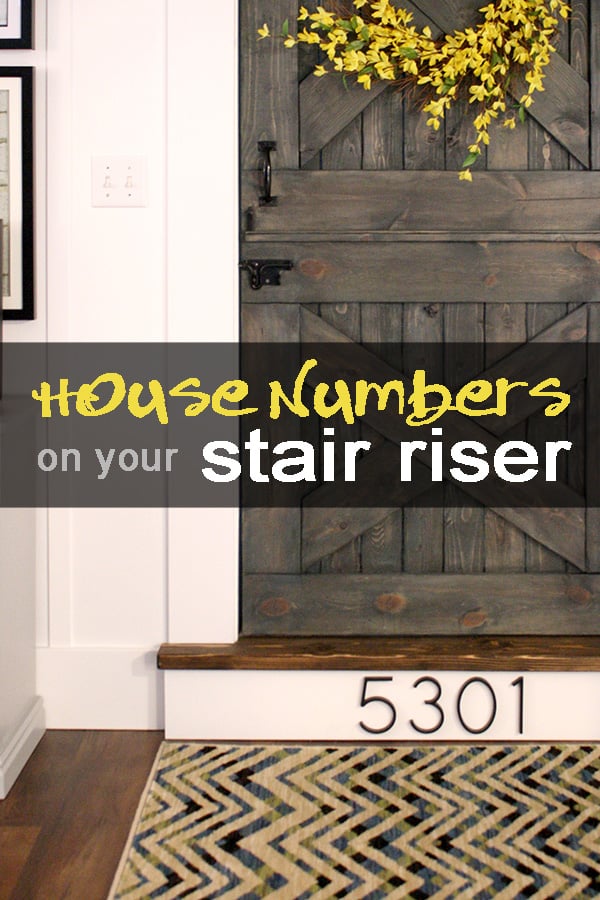 But my favorite part of the project was adding the little house numbers.  Okay, it’s not our house number, it is our wedding anniversary… May 3, 2001… yes we just celebrated our 12th anniversary!  YAY!  and I love the daily reminder it give of that special day!

Now let’s break this project down a bit!

To give it a little more definition to the stair, we built it out approximately 1 inch from the wall.  We wanted the stair tread to extend around the base of the door casing on both sides for a clean look. 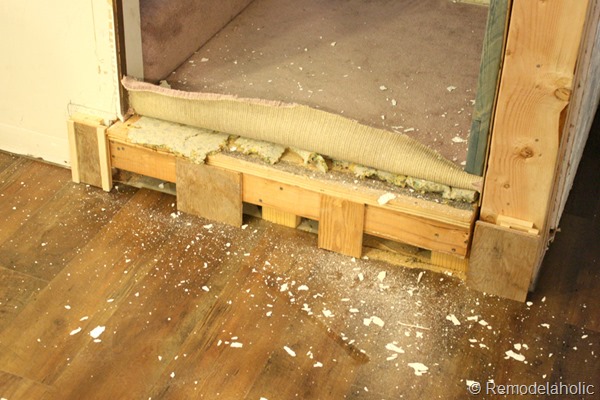 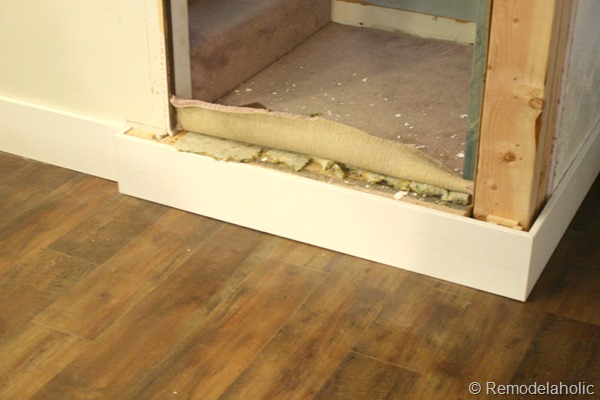 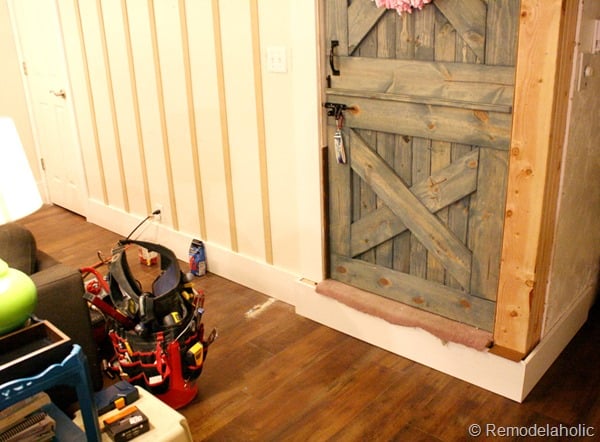 The stair tread had to be custom cut to fit, just the way we wanted it.    We decided to just use a 2×8 pine board  for the tread.  I know it’s not a hard wood but it’s so much easier to work with and to shape.  We wanted the stair tread to bullnose out an inch on the front and about a half inch on the sides.  We started by flipping it over and cutting a grove out to the back of the front bullnose, by plunging the blade in with the circular saw. 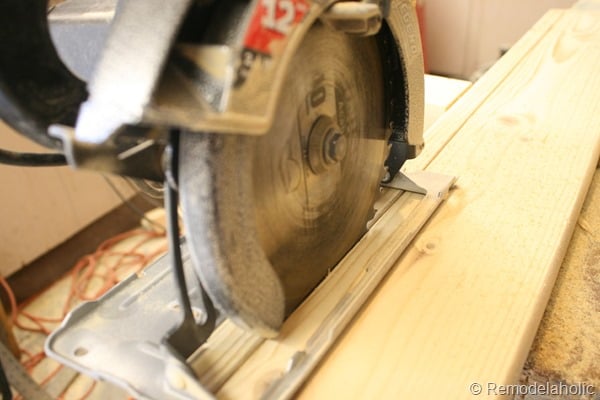 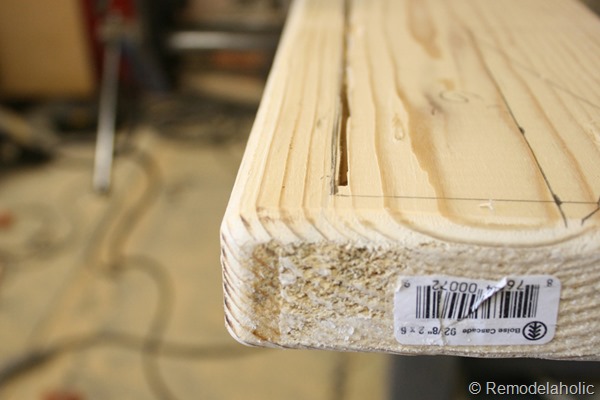 After the back edge was cut out, we decided it would be best to route out the rest of the treat to a depth of 3/4″.  This allowed the top of the tread to be level with the top of the existing carpet and be able to create a bullnose at the same time. 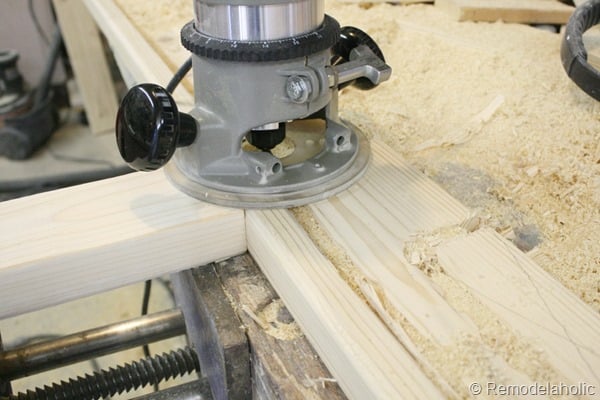 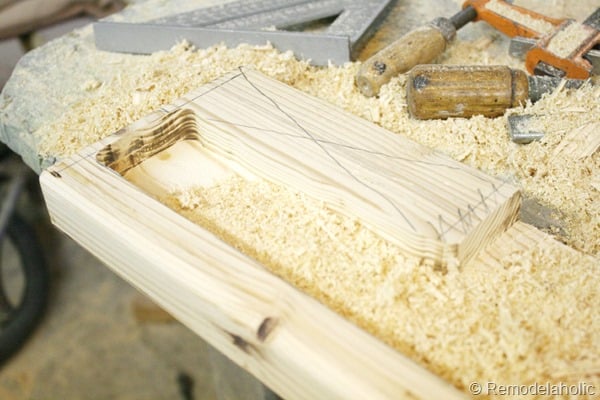 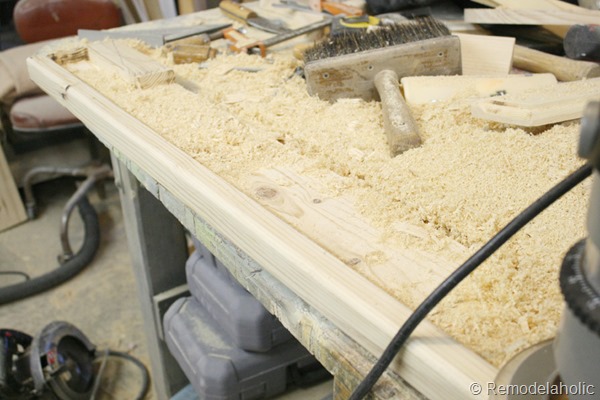 We used a dark walnut stain that was a close match to our new floor.  And there you have it!  The final stair tread that finished it all off.  We are still waiting to finish the right side of the door moldings, when we get to finishing the trim in the hallway. 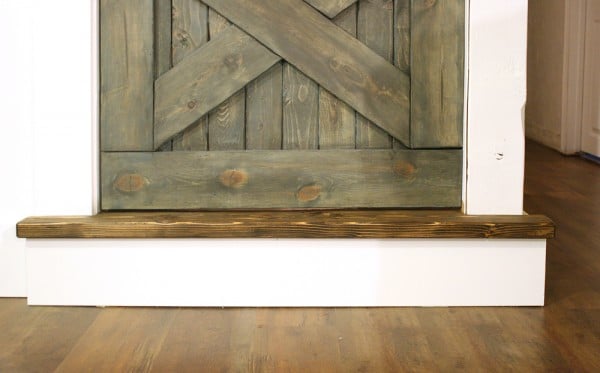 Here are the numbers that we found at the Home Depot.  These are exterior address numbers that you would typically use on the outside of your house.  They were exactly what we were looking for, though. 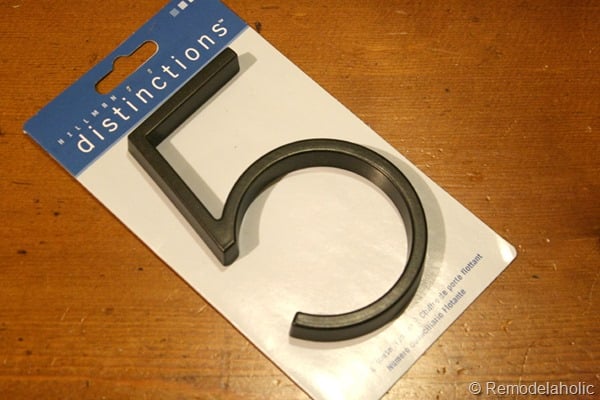 The numbers come with a template card for installation, so we mocked it up to make sure we had them just right in the space. 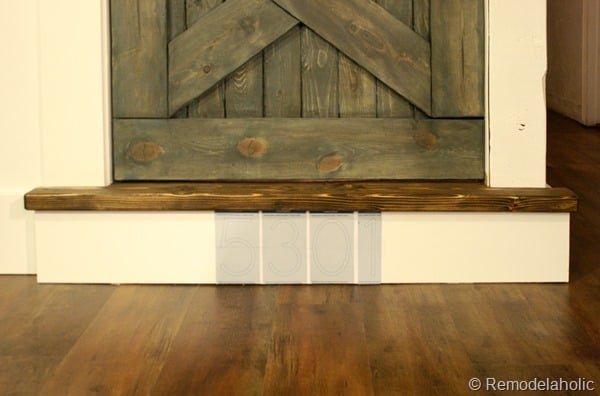 We drilled the holes and got ready to set them in place.  Each number had about two to three pegs that you fit into pre-drilled holes.  They fit pretty snug, so I didn’t bother gluing. 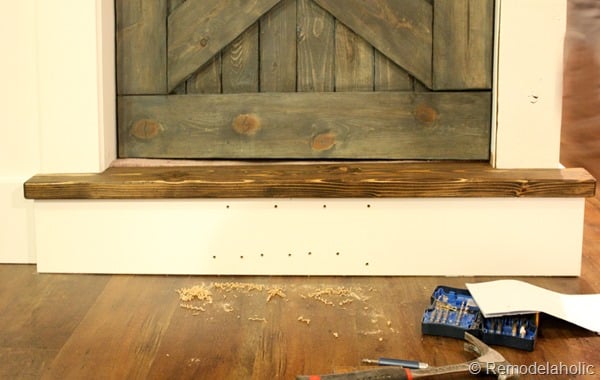 After the holes where drilled, we hammered the numbers in place with a rubber mallet. 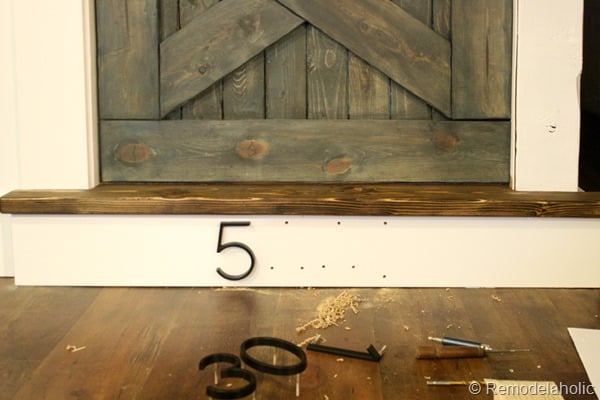 There you have it!   A nice way to add house numbers to a stair riser. 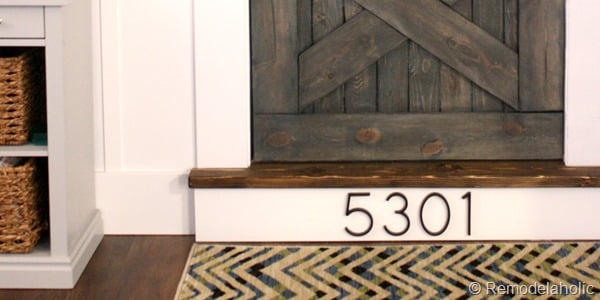 What do you think about our house numbers, (I mean anniversary numbers)? 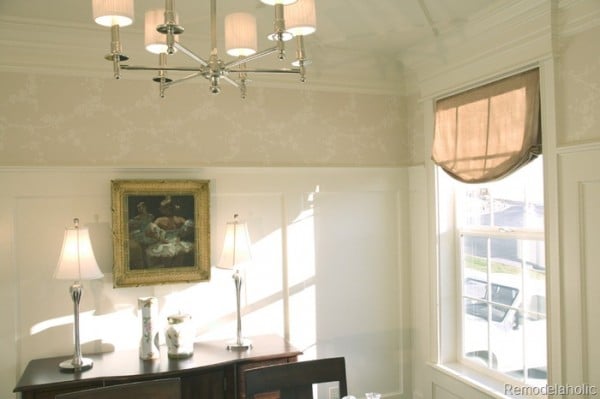 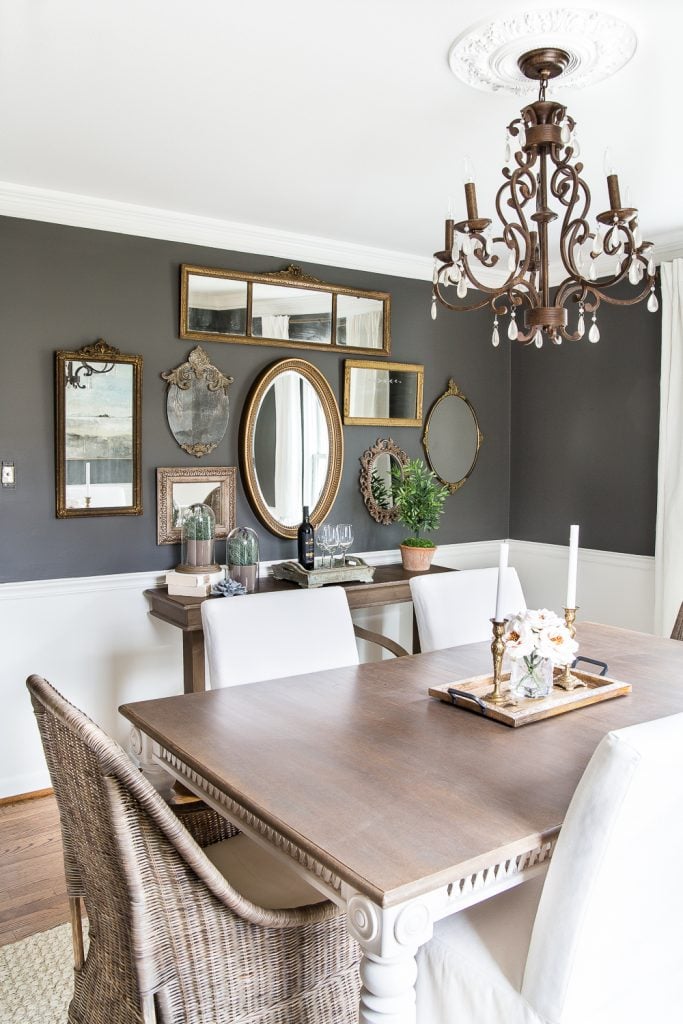 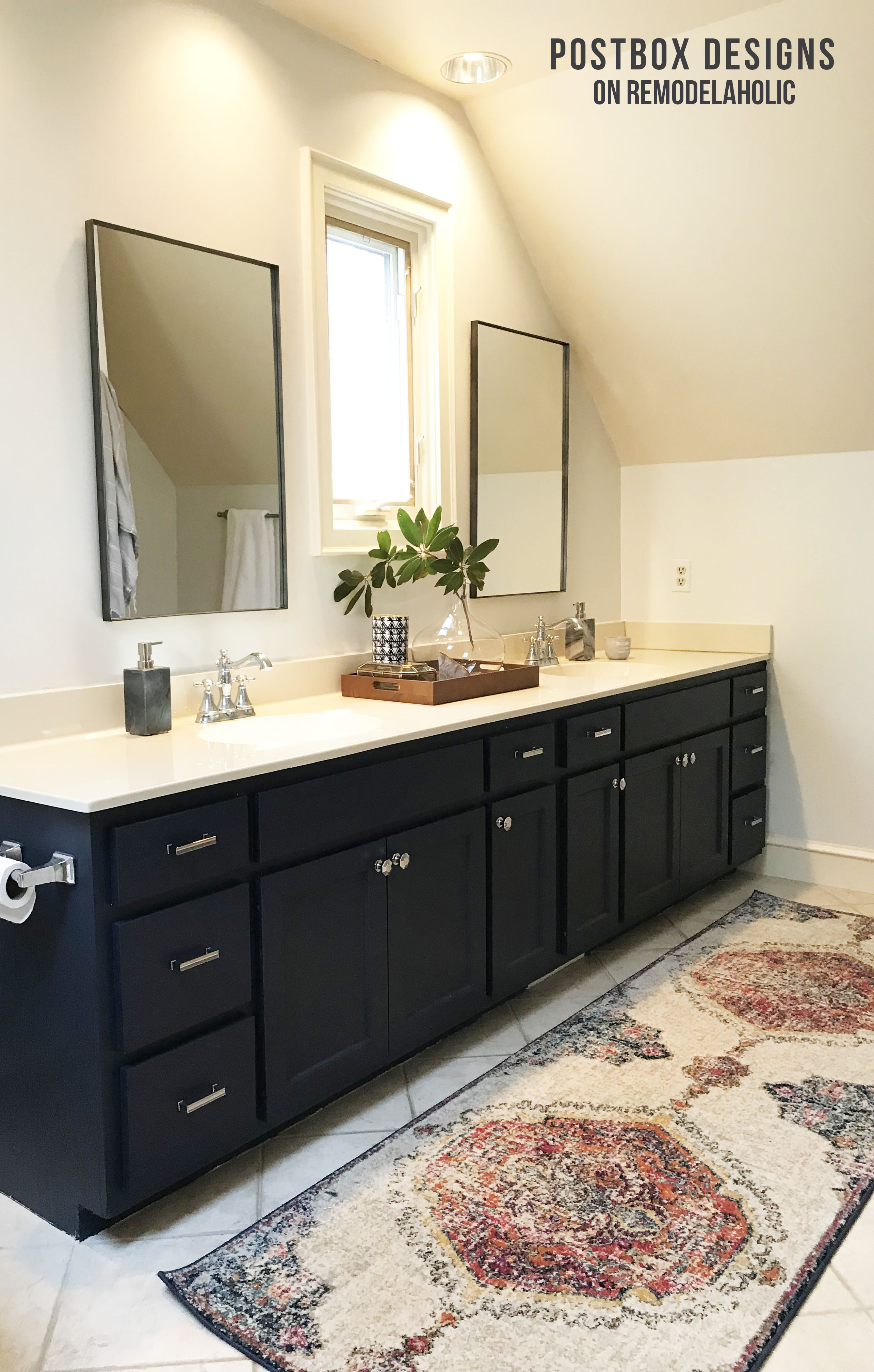 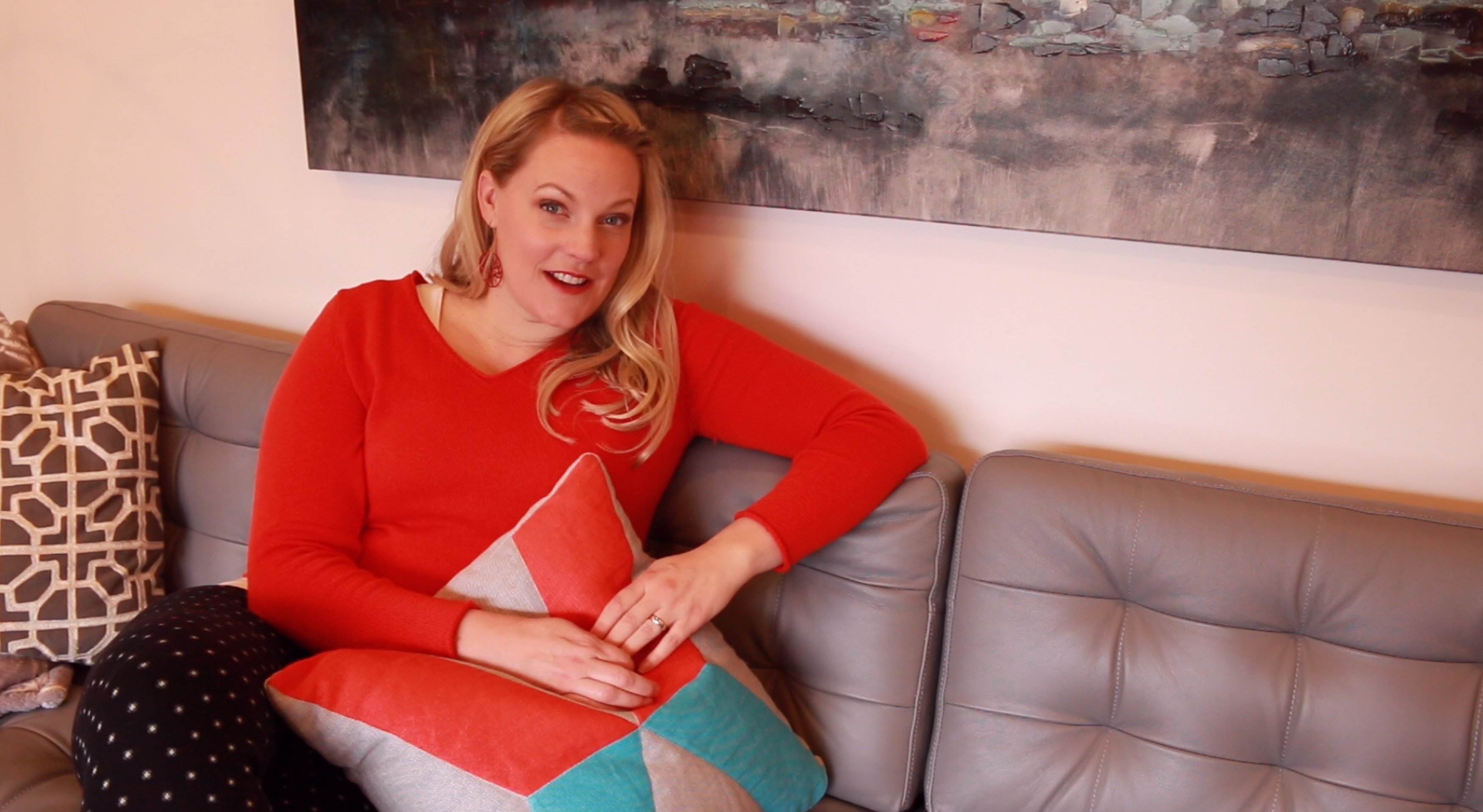 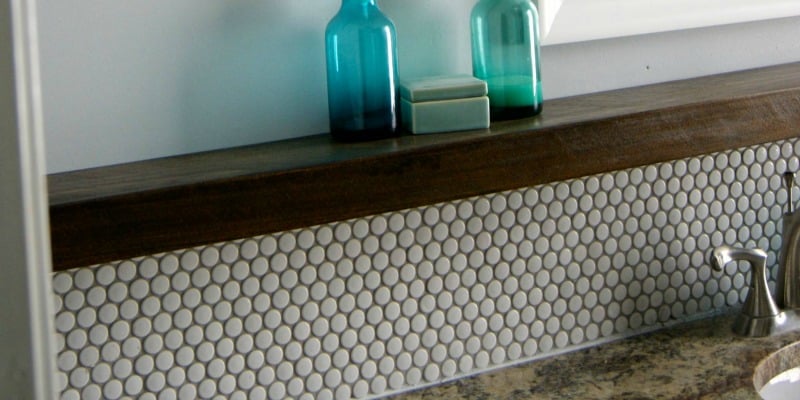