Submitted By This Little Mama

By far the kitchen was my favorite room in the entire house! I created the kitchen to how I wanted my kitchen to be {ya know, since I would be the one doing all the baking and cooking}. We completely gutted the kitchen, replaced the electrical and then built it to our needs. We painted the kitchen cabinets a dark gray (SW Peppercorn) and just used builders grade cabinets. We added molding to the top of the cabinets to create the look of custom built cabinets. I chose white subway tile as the backsplash. All the appliances were new but purchased in the scratch and dent department of the appliance store.  Luke really wanted to put a breakfast bar separating the kitchen and the dining room. Ultimately we decided that doing that would not be a very space savvy plan so instead we built a 30 inch long wall to center the entryway of the kitchen & dining room. 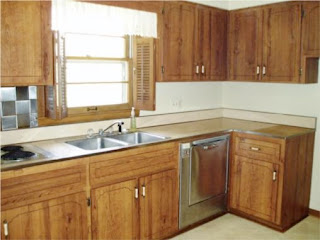 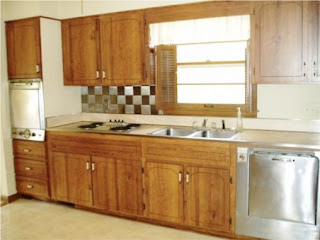 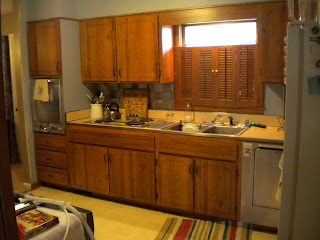 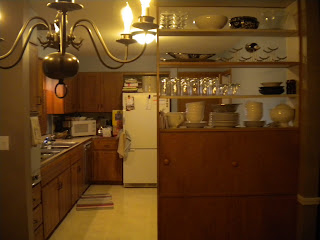 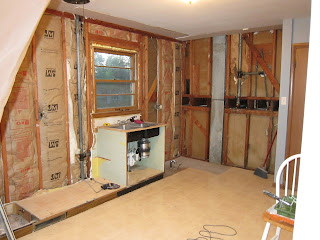 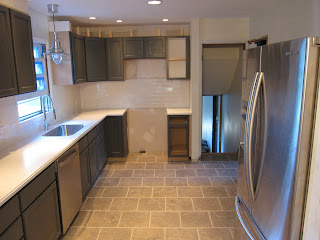 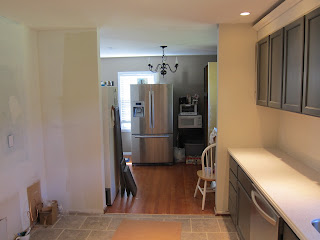 Kitchen- During
And FINALLY!! The pictures only 2 pictures I have of my finished kitchen (hey I had a newborn, pictures were the last thing on my mind) 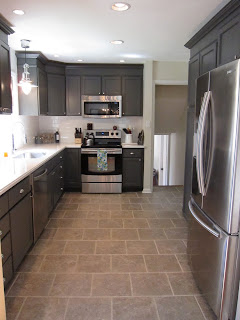 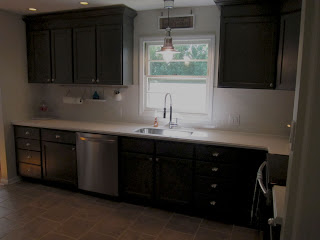 We did everything in our kitchen by ourselves with the help of a couple friends. Our neighbor just happened to be an electrician so we got lucky there. All the new appliances were scratch and dent- we really didn’t spend as much as you would think {except I splurged on the countertops}. When we sold the house the inspector and other real estate agents thought our cabinets were custom built- which made my hubby so proud! It was a lot of hard work and took a while to do since we didn’t have much help but in the end it paid off!!

Well what do you think? We loved it! And now we miss it- but we’ll fix up another kitchen and love it just as much!

**Since I have had a few emails about certain things in the kitchen, here is a breakdown for those of you wondering.

Appliances:We bought all of our appliances from scratch and dent. Our dishwasher was from Home Depot and our microwave, stove, and fridge were from the local Sears Scratch and Dent store (all together under $1500!! The fridge was originally $2500ish and had one small dent on the back and a very very small scratch on the front- I think we paid $800 for it)

The hanging shelfunder the cabinets is from Ikea

Counter tops are Corian with gray specks in them. Home Depot (I think this was it Silver Birch– but it looks more gray online)
Ceramic Tile flooring- once again the cheapest stuff we could find. Those babies were $1/sq ft. We matched them up to the expensive stuff we really liked and they were the same thickness so it was a no brainer to save as much $ as we could! We like how it turned out! 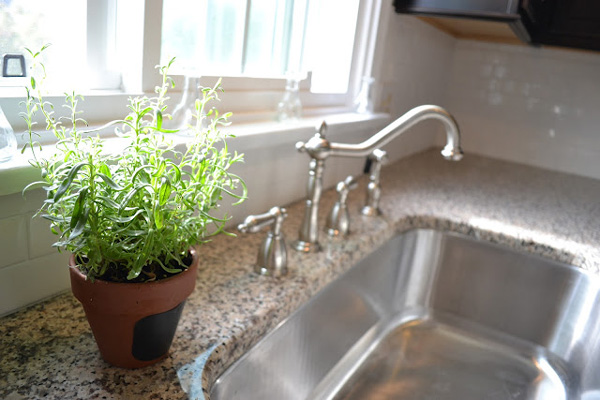 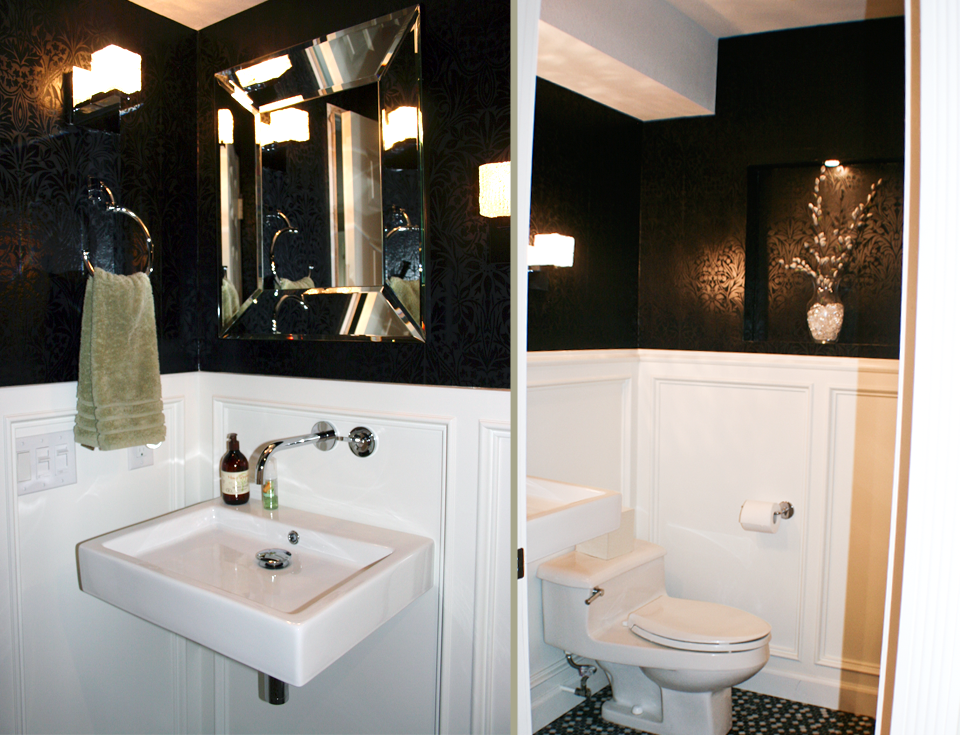