Later today I want to show you a quick decor update I did on my master bedroom, but the truth is I haven’t ever blogged about the space at all!  #bloggerfail  Well, I talked about decorating the dresser a while back, but nothing of the HUGE transformation it has undergone.  Honestly, since moving in to our current house, we have made a lot of changes in our master bedroom.  It was the first room that I started attacking!   Want to see the really rough before??

Keep in mind that the elderly couple that lived here before us were very independent and wouldn’t allow their kids to help, even though the wife was blind for the last 12 years of their lives together.  So the house was in pretty rough shape. 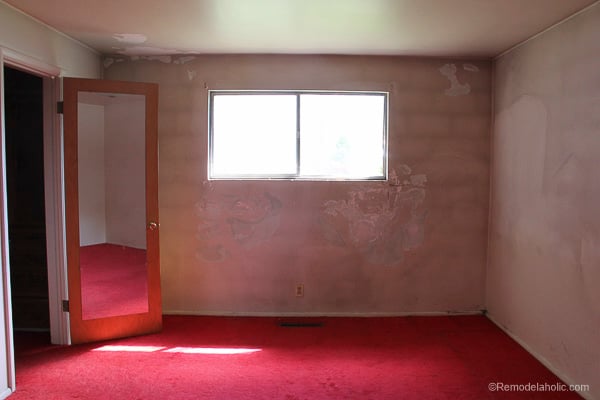 The Elmo red carpet was the first thing in the house that had to go!!  I literally ripped it out on the day our house closed.  It is sort of a tradition of mine to rip out carpet on the day we close on a house!!  It just feels so good! 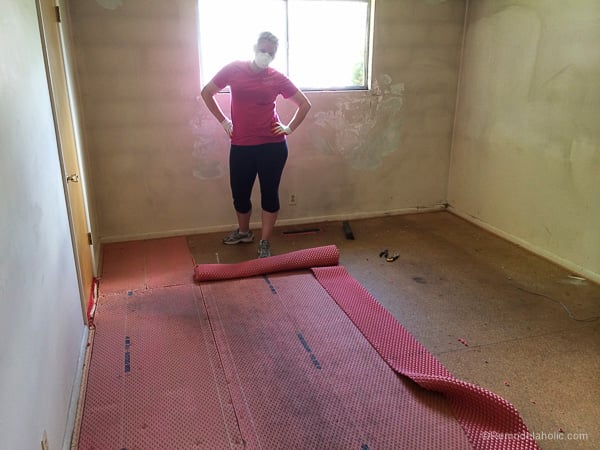 We painted the old subfloors, just because it felt less gross, in the mean time while we were working on all the spaces.   And who doesn’t have old left over paint laying around?  (I am a remodelaholic after all…) 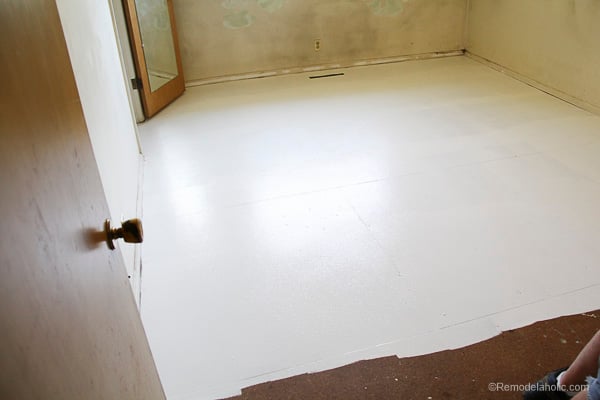 We insulated because if you will notice on the plaster behind me in the picture above you can literally see the outlines of each cinderblock through the plaster… with no insulation!  So we framed in a new wall and insulated (not to mention ripping out the ceiling to expose the old roof…) 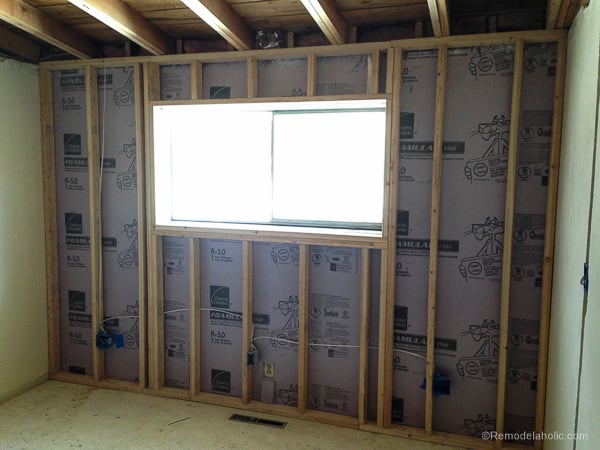 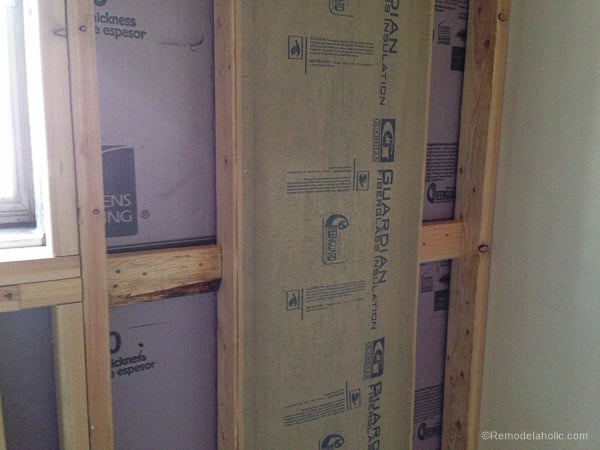 One of the things that we did that was literally the best choice I made was to put in blocking for the future drapery rods.  We did it around all our main windows, so we didn’t have to rely on drywall plugs to hold the drapery rods in place!! 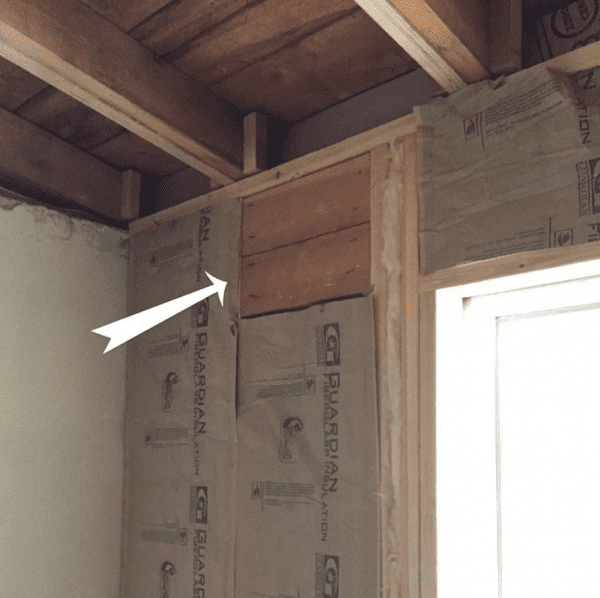 The drywall was next. 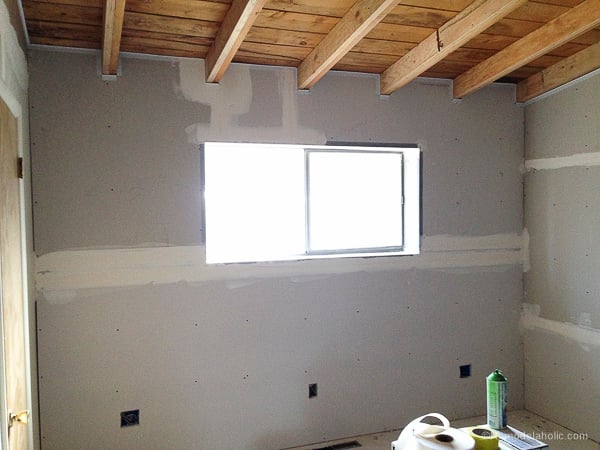 A few dance parties later… We got some painting done! 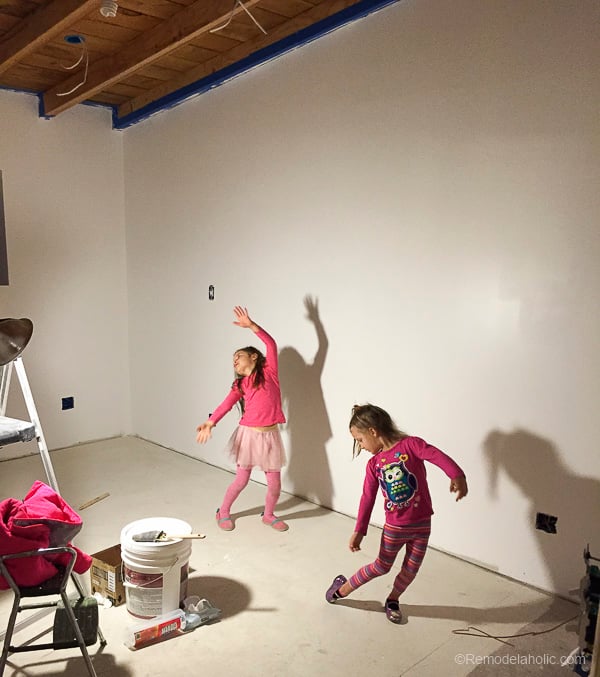 At this point we had a lot of other things to do.

So to keep the kids occupied I let them paint the floor, while we got the whole house prepped for new flooring. 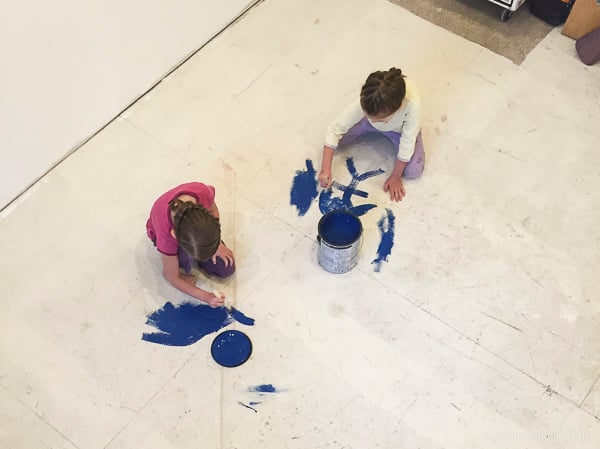 30 minutes later it looked like a rather scary crime scene. 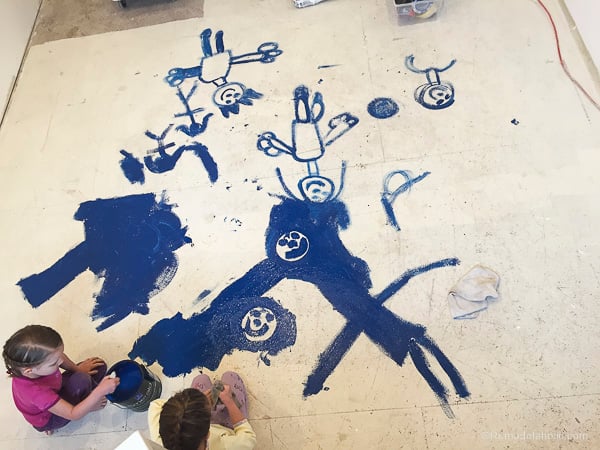 Once they were done with the crime scene creation, I painted the whole floor with the left over blue paint, and we replaced the window, because it was 55 years old… it was time.

We paid to get 2 of our windows replaced in my daughter’s room for TWO windows it cost $1,200 buckaroos!!  That is SO much money!  While they installed it we watched and realized we could TOTALLY do that ourselves.  This new window was less that $200 bucks to install DIY!! 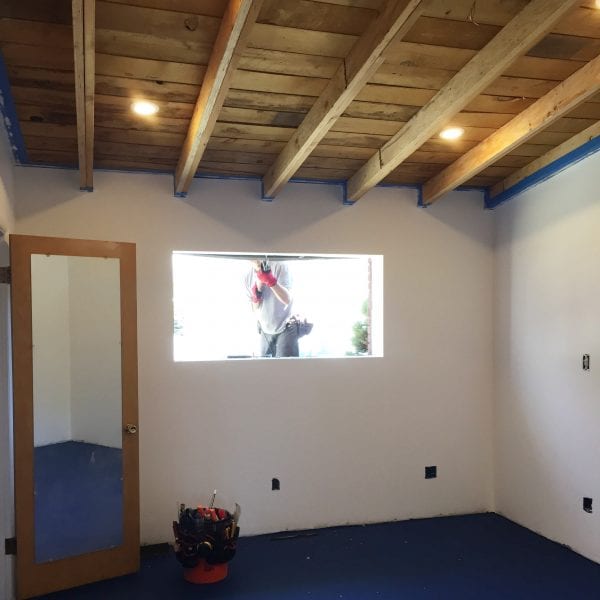 At this point, we actually moved into the room.  We were waiting on a lot of other spaces before installing the flooring. And then I got pregnant and I am SO sick when I am pregnant that for about 4 months we did absolutely nothing.  Unfortunately we had a late term miscarriage after all those months of dreaming and waiting… So we threw ourselves into getting the house done.  After the sickness and sadness it was so good to be able to get our minds off of it all.

FINALLY about 1 year later we had installed some new flooring, you can read all about the floors here.  TI was worth every penny to have a professional install the flooring, he did SUCH an amazing job. 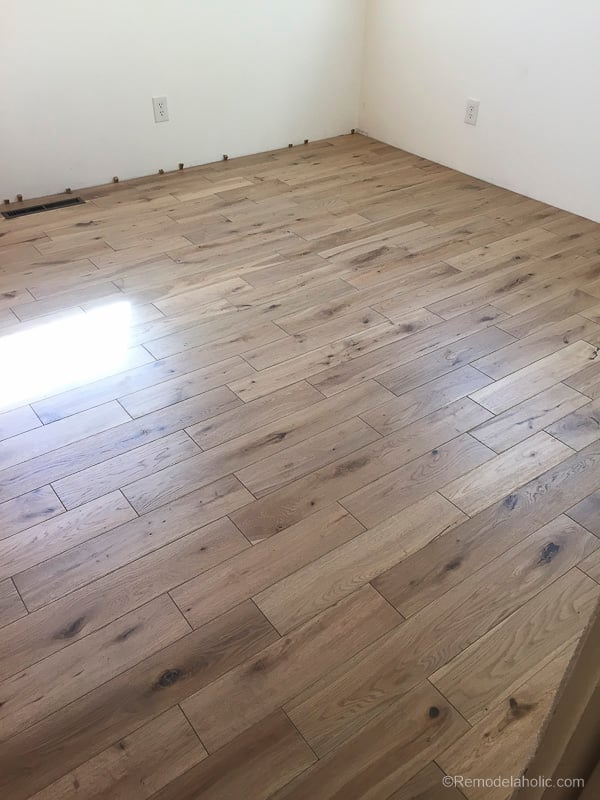 Moldings and a new ceiling fan, and we were set. Sorry no pictures of that for right now!!

Want to see what it currently looks like.  Well, here is a peek, but you will have to see how we put it together in the next post. 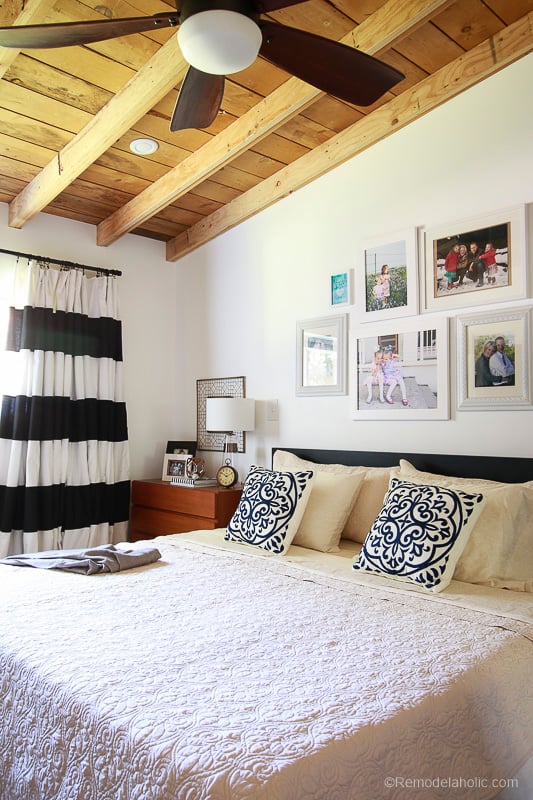 I think I might be the slowest home blog remodeler in the blogosphere, but I don’t mind being slow, I feel like I make more personal decisions that way!   I just feel like there are so many things to do, and I think I might be a little A.D.D. when it comes to finishing an actual project.

See how we created this look on the next post (it publishes at noon)!! 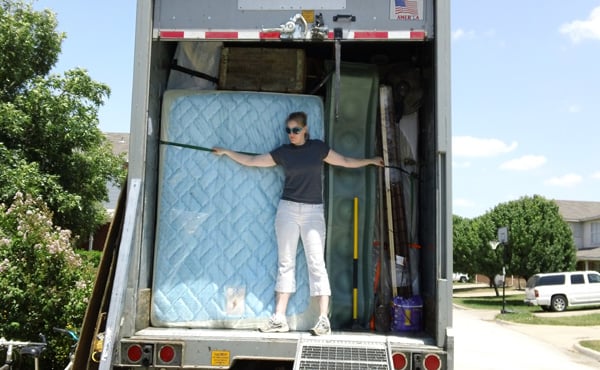 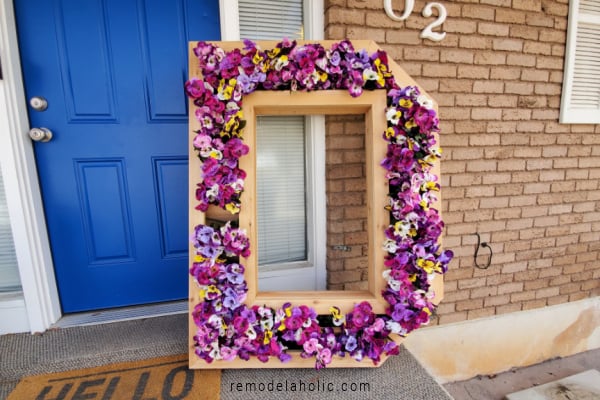 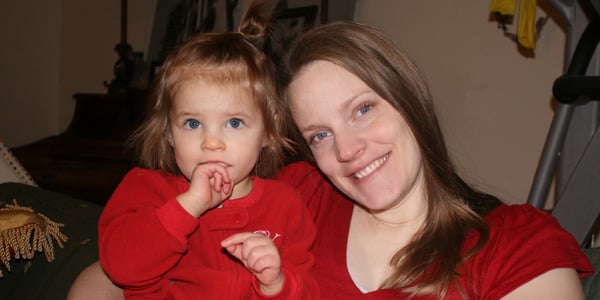 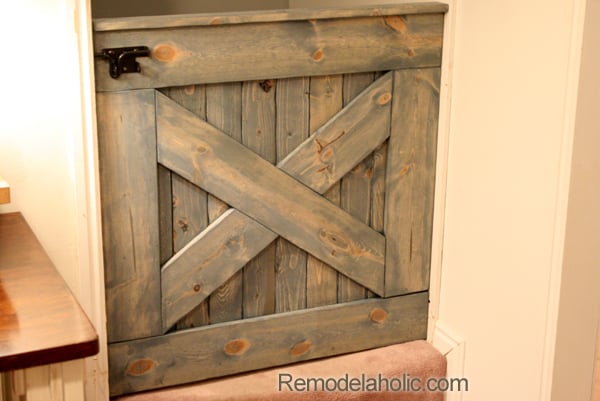 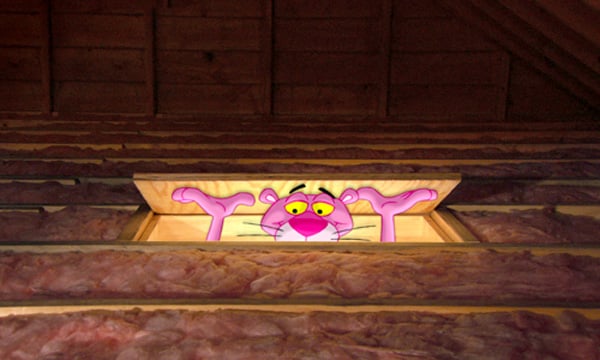 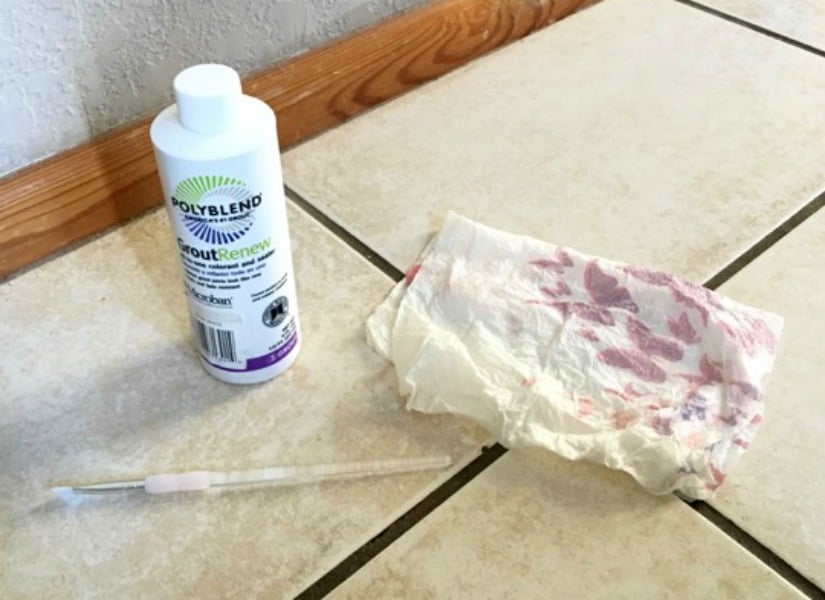