Skip to content
No-Sew Painted Pattern Drapes
contributed by Amanda @
The Hand Me Down House
So today I wanted to show you a “non-sewer” solution to drapes.  I’m really not a sewer.  I REALLY want to be — but I’m too nervous to get my machine out and use it.  I recently had to bring my little sewing machine in for repairs because apparently I have a “death grip” on my fabric when I feed it through.  Oops.
Anyhow, since I’ve had it repaired I just can’t bring myself to get it out again.  I had every intention of sewing the drapes for our guest room, but in the end, my fear won.  I have no problem using a saw, air nailer or power tools — but my sewing machine is just one of those things I haven’t learned yet.  Someday, my bloggy friends…..someday.  🙂
So enough about my “non-sewer” ranting, right!?!  🙂  The point was I found what I think is a REALLY cute way to get around sewing drapes.
I started out by measuring my window so I knew how much fabric I needed.   My windows aren’t ginormous like some of the new-house windows out there, so I didn’t need too much fabric.
Next I went out and picked up my materials: 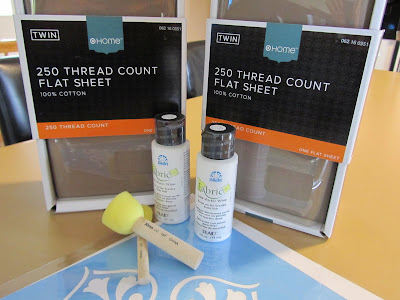 I washed and ironed my sheets and laid them out on our kitchen island.  I taped the edges of the sheet to the island so that they didn’t move and slide around while I was stenciling.  I decided to stencil a line of this pattern across each panel.
I used the “top” of each sheet as the bottom of my drape since it’s usually a little bit more decorative.  I started about a foot and half up with the stencil — but I think I would’ve liked it better if the pattern was a little closer to the ground. 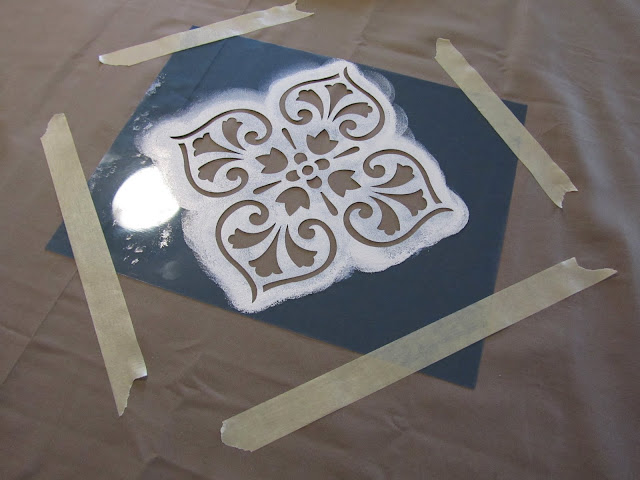 I taped down the stencil and stippled the white paint onto the sheet.  When you pull the stencil up, it should look like this: 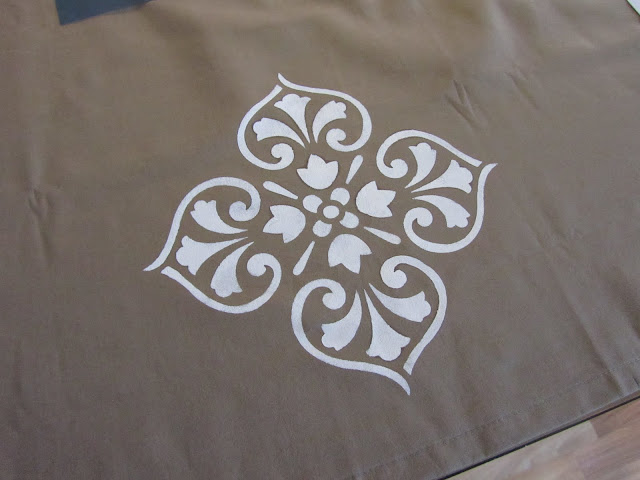 From there I just continued to do a pattern across the fabric until I reached the end.  I let it dry, and then I went back and did a stencil in between all of the first ones.  I tilted the stencil to be diagonal — so it will look like this: 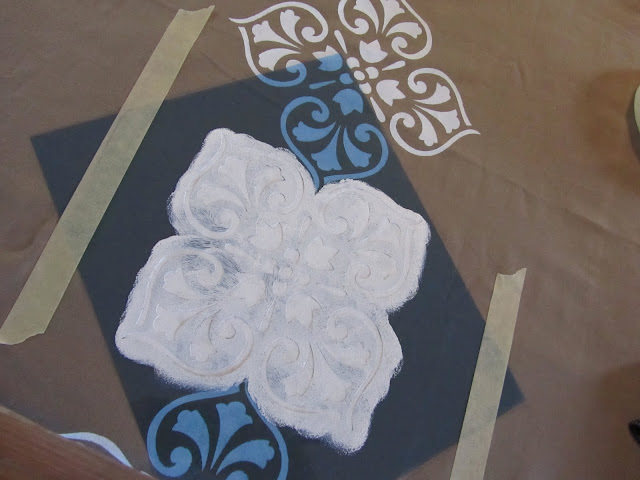 Once you’re done with all the “in between” stencils, you’ll have a pattern like this: 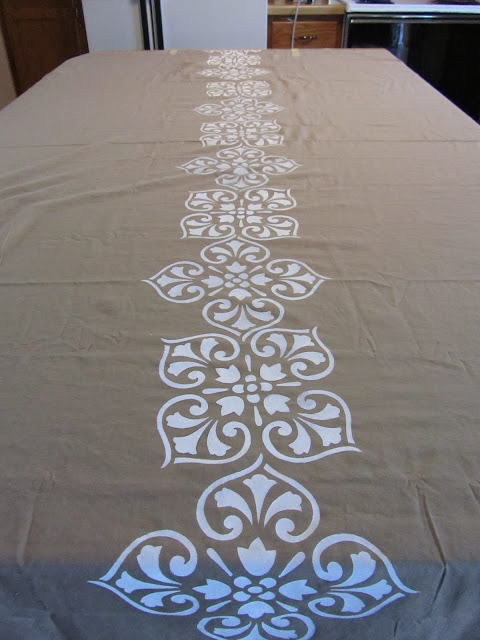 Now it’s time for the top of the drape.  I folded the top six inches over the back of the drape and ironed it so there is a crease.  I then took hem tape along the edge to hold the “seam” in place.  Then you can slide the drapery hardware into the little pocket you created. 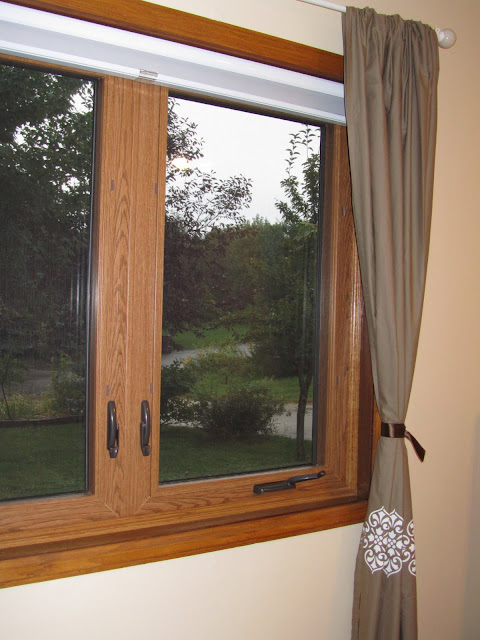 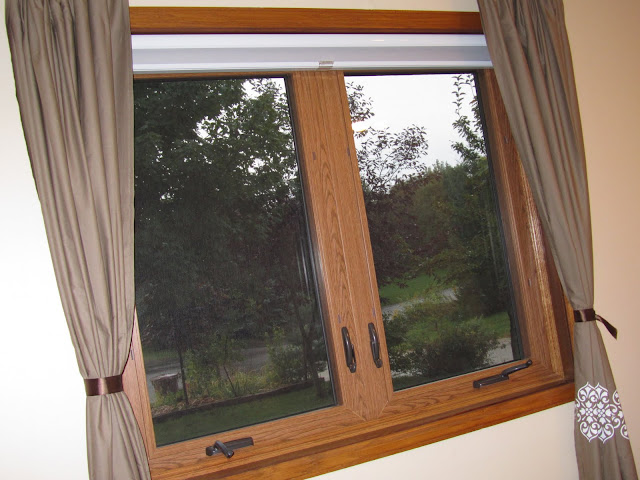 Sorry for the not so great pictures — the foot of our guest bed is not too far from the window and it makes it kinda difficult to get a good shot. 🙂

BUT, I have to say for a new sew drape — I’m pretty happy with the result. 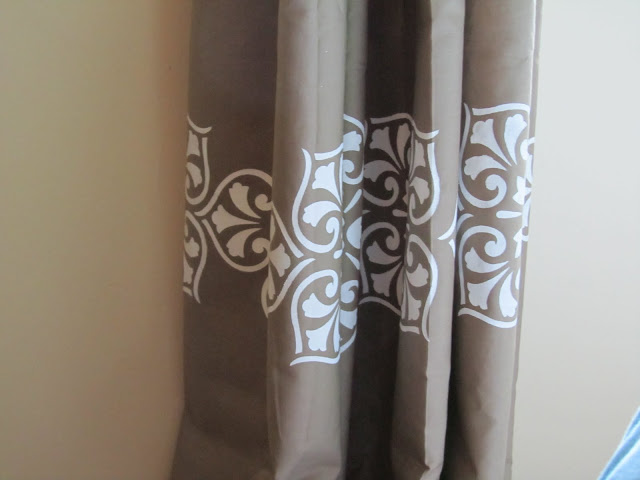 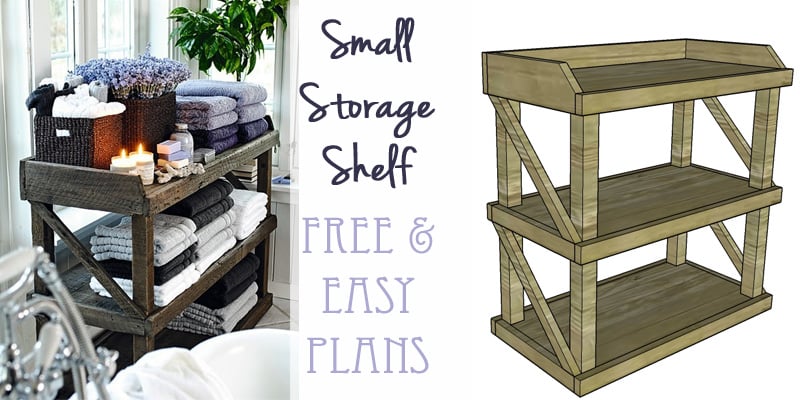 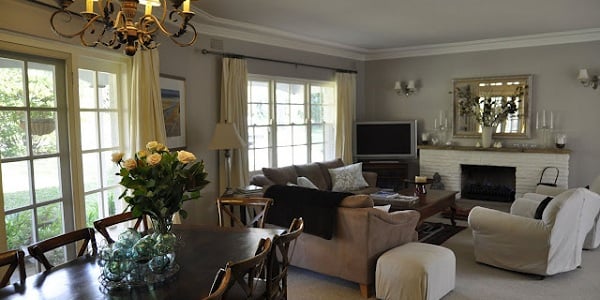 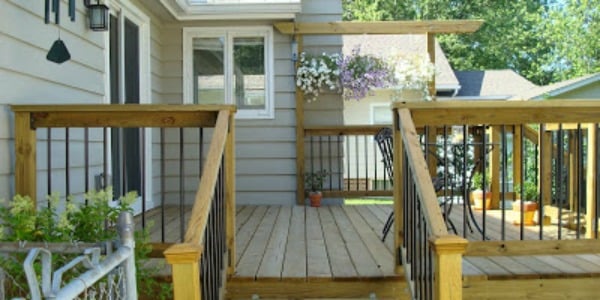 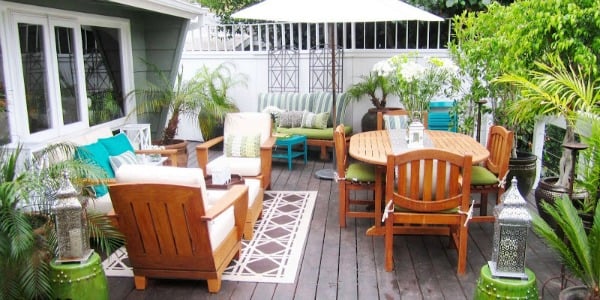