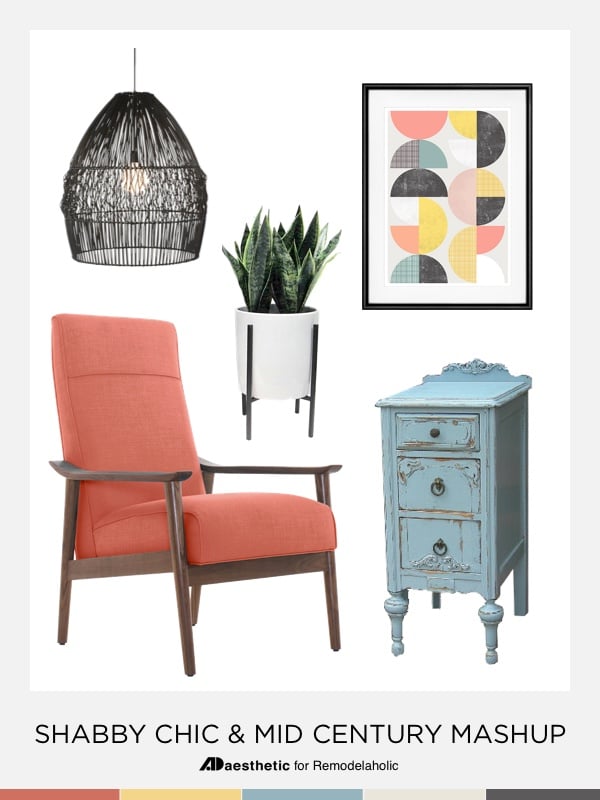 Hello again! Dawn here, from AD Aesthetic, and I’m back with another mood board for your decoration inspiration. One of my favorite decorating styles has always been Mid-Century Modern, so last month when I put together this Mid-Century/Southwest style mashup moodboard, I was excited to see the great feedback! After seeing that mashup of styles, one reader wrote to me asking for some tips on how to combine her two favorite styles – Mid-Century and Shabby Chic.

Well, I’m up for the challenge, but a challenge it was! To be honest, shabby chic isn’t my usual style, so before diving into a moodboard, I headed to the web to see if I could find some inspo for combining these two styles:

I was really inspired by these images, and here’s what I came up with. 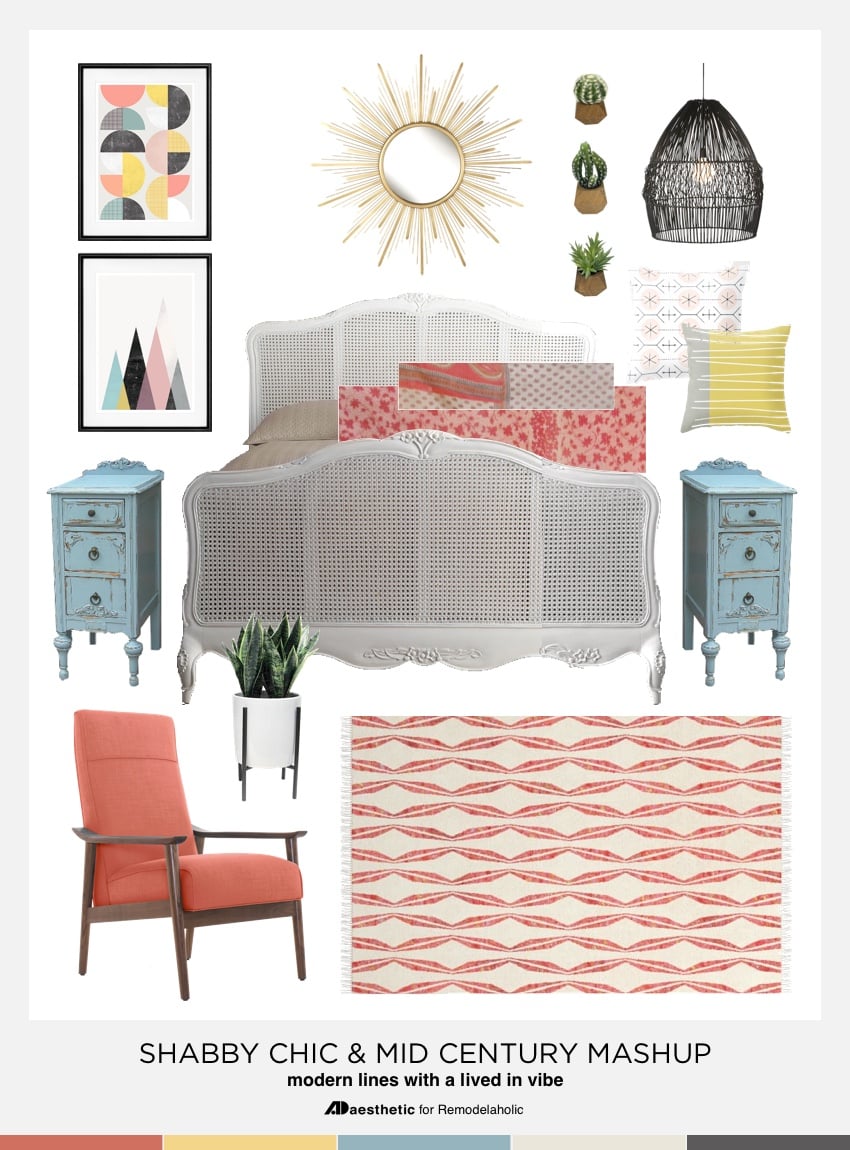 As I said in my last mashup post, mixing styles is always tricky, and making sure that there is a good mix of the two styles is a good place to start. In this moodboard, I tried to break things up fairly evenly by volume. That is to say, since the bed, the largest and most eye-catching piece in the room, is shabby chic, I made sure to sprinkle in more mid-century accents to balance it out.

Probably the second most important thing to keep in mind when mixing styles is the color palette. It’s important to select colors that would work well in both styles on their own, so that when they are thrown together everything plays nicely and looks cohesive. In this example, I chose a bright coral (commonly found in MCM decor) as the foundation of the space, and grounded it by mixing in the creams and pastel colors that Shabby Chic brings to mind.

A final big factor in mixing these two styles is texture. When mixing a style known for clean modern lines with a style known for frills and a worn in look, getting a good blend of textures is essential. In this specific moodboard, I feel like the artwork and the pendant light really tie the room together through texture. While the art features distinctly modern geometric shapes, the visual texture in the pieces helps them blend with the chippy look of the bed and nightstands. Similarly, the clean shape of the pendant speaks to the modern style, but the more rustic natural material helps it fit in with the shabby chic style as well.

So what do you thing? Can these two style co-exist? Do you enjoy softening up the Mid Century look with a bit of Shabby Chic?

As always, thank you to Cassity and the Remodelaholic team for having me back each month. I’d love for you to visit me over on my site, ADaesthetic.com, or follow me on Facebook, Pinterest, or Instagram for more updates and inspiration. Have a great day, friends! 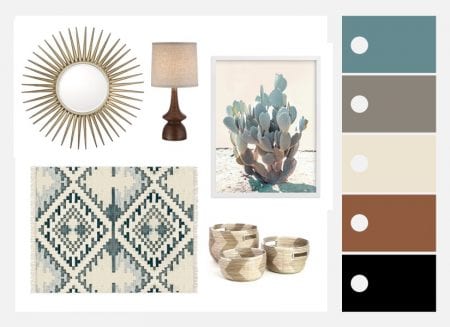 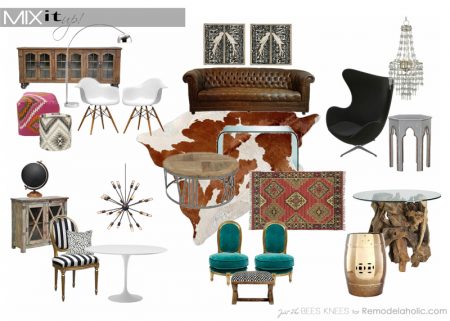 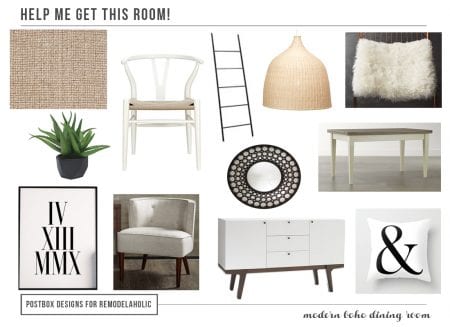 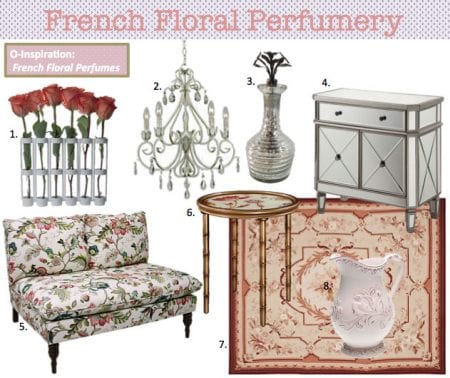 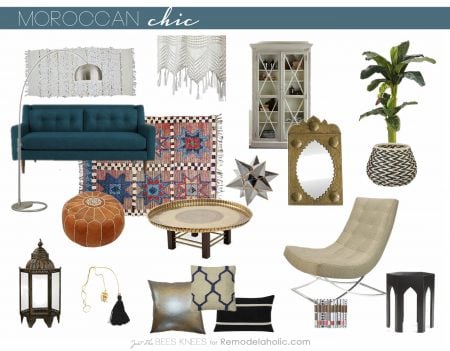 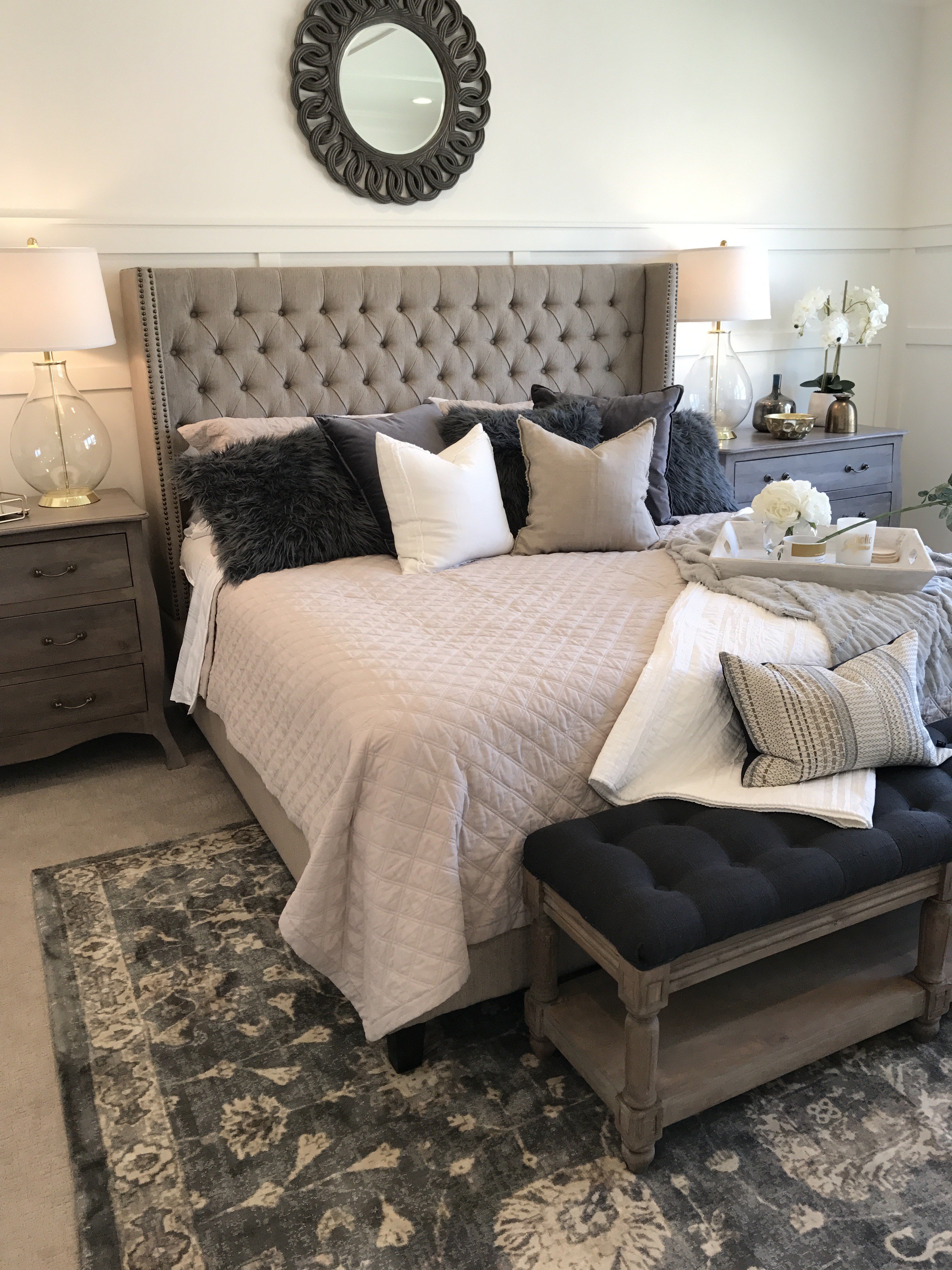 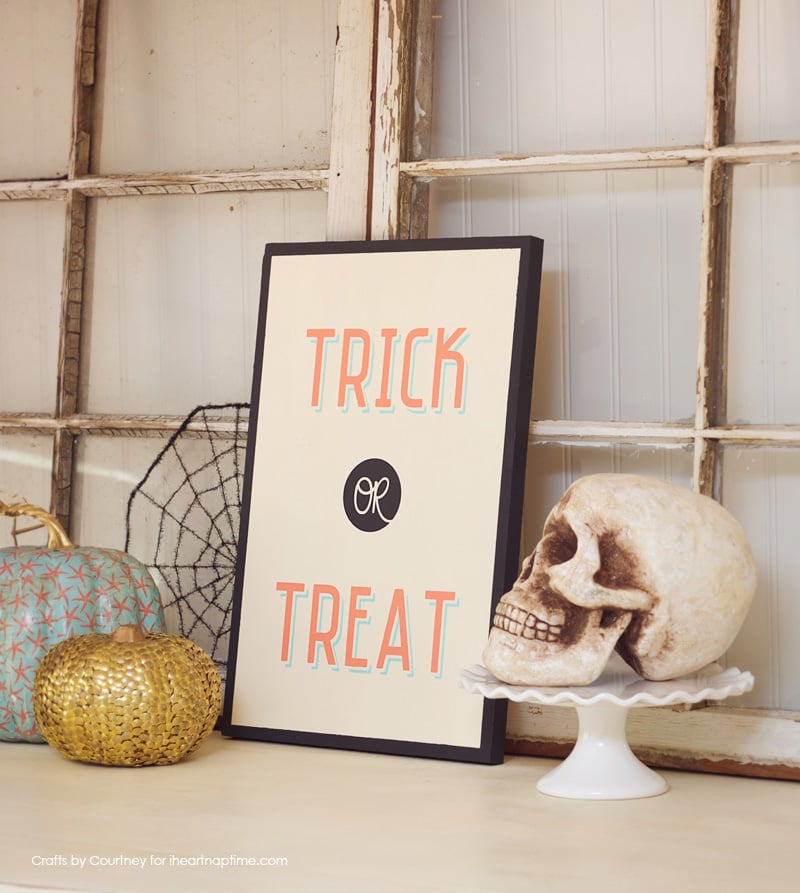 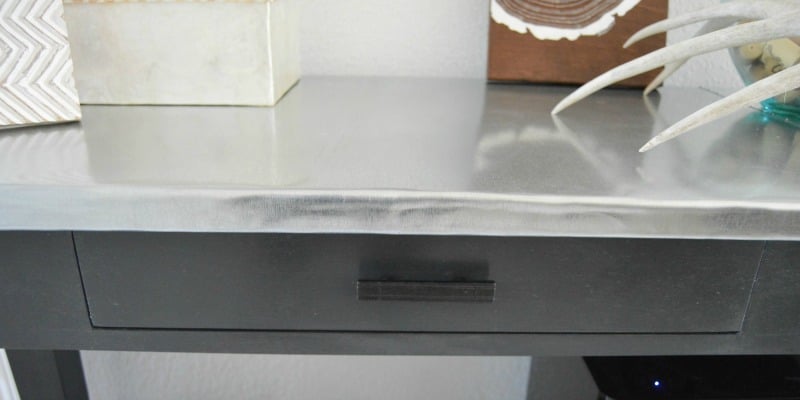 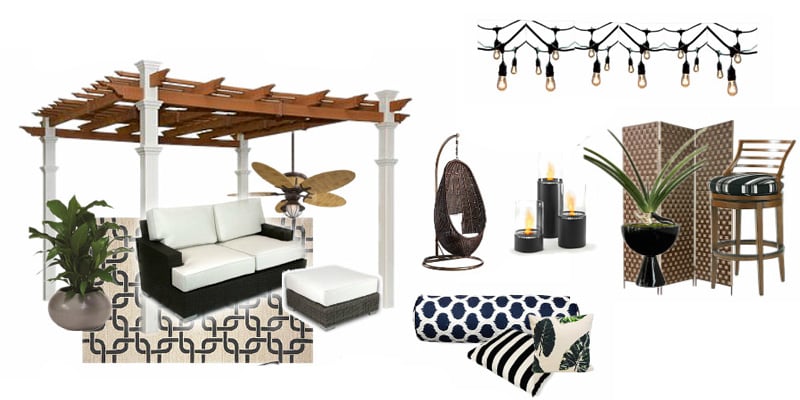 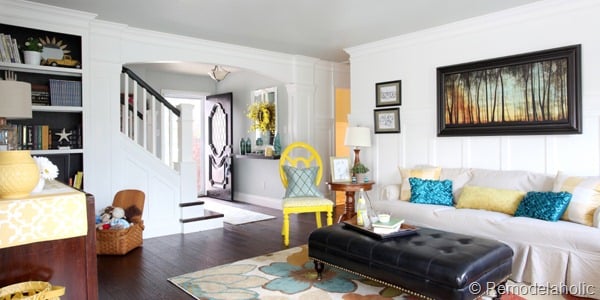