Submitted By: Creative Juices for Decor

I thought I was pretty crazy spay painting over my brand new porch lights………
I have to say I have well surpassed that craziness with this next project. 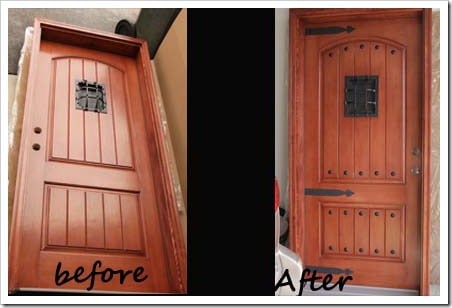 It all started when I ordered my front door. I really wanted to do an old wooden door that looked like I just brought it back from Europe but I was told that since my builders were an “Energy Star” contracted house I had to stick with an Energy Star insulated door (so no old wood door for me).

A few days after I placed the fiberglass door order we had a construction meeting and somehow Energy Star stuff and doors came up.  Come to find out (don’t you just love finding stuff out a day late!) that you can choose up to ONE door not to be Energy Start to still qualify.

Well It was too late to change my special order so I decided to make the BEST with what I had ordered which was a fiberglass Energy Star door that looks like wood but really isn’t……(oh and for those who are wondering, I found out that only 75% of your lights have to be Energy Star, the rest can just be standard, at least I found that out in time…..)

So, what can you do to your front door to make it look like an worn old European door?  First off let’s add clavoses and straps! 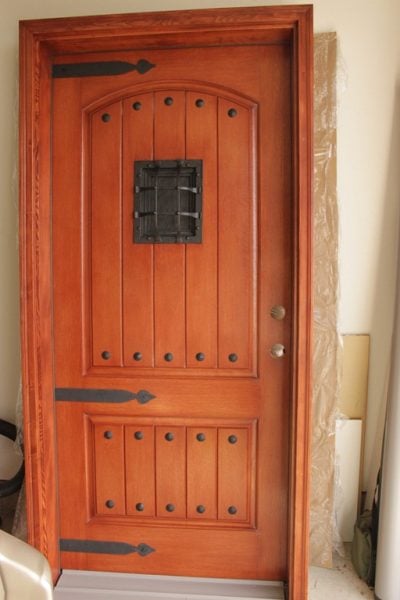 I know, you’re probably thinking what are clavos and straps (I was) but after some research I figured out that what you called those black knobs and iron dummy hinges.  Searching “black round thingamabobs” on eBay was not helping me any.

Now for the extremely scary part in which I can’t believe my husband trusted me with power tools, no less to do this on our expensive front door!!!!

I was so nervous and kept thinking what if I drill a huge hole through the entire door on accident or what if I pound in the clavos and it splits the fiberglass all the way down the center!  IT… WAS…. SCARRRRY!

All to say, with a template and my mad skills 🙂 I was able to drill 28 HOLES into my new front door (without a disaster) and add all the extras.

To break it down a little, all I did was drill holes large enough that the pin part would fit, after all the holes were drilled I stuck epoxy around the backside of the iron and pounded it in.  That part went fast, it was the drilling that took a while.

SO MUCH BETTER (or at least so much more of the look I wanted)  But as I stood back I knew I wasn’t done yet.  An old door doesn’t look “polished” it looks aged and dusty in all the corners and crevices…..

So I took out my bike chains and hammers and went to work on it.

No I didn’t do that, although the thought DID pass through this crazy little head of mine.

I did add some latex paint mixed with a glaze (1:3) and filled in the crevices.  I thought about mixing a stain with the glaze but since my glaze was water based and I couldn’t find a water based stain (they were all oil based)  I thought I shouldn’t push my luck and try to put that on the door.  I am not sure how long the paint will last on the exterior of the door but it only took me a few minutes to apply it so if in a year or two I need to add some more it’s no big deal.  I may have the trim guy on my house put a clear top coat over the door for me, this will ensure the dark brown will be there permanently.

Without glaze: (Blah without depth….and a little too orangey)

With Glaze: (Can you see the difference? The depth it now has?) 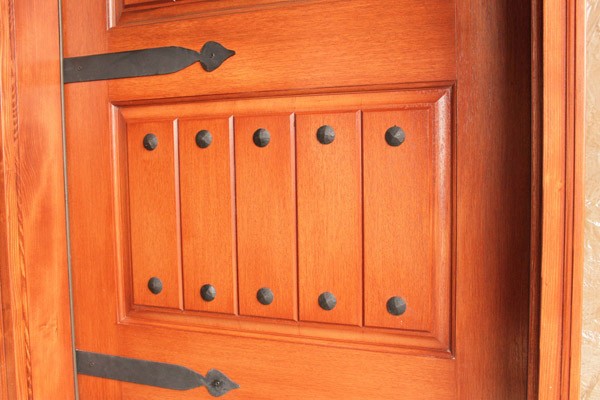 Now I really think I’m loving this door and I feel so proud that I turned a rather “standard” fiberglass door into a fairly European looking door like I really wanted.  Isn’t that “speak easy” fun!  It reminds me of the scene from Wizard of Oz where the munchkin opens the speak easy and says they can’t see the wizard, or the scene in Princess Bride where they go to the Dr. guy to get help….. (I’m not weird, I promise  )

The FINAL AFTER: (with iron and glazing) 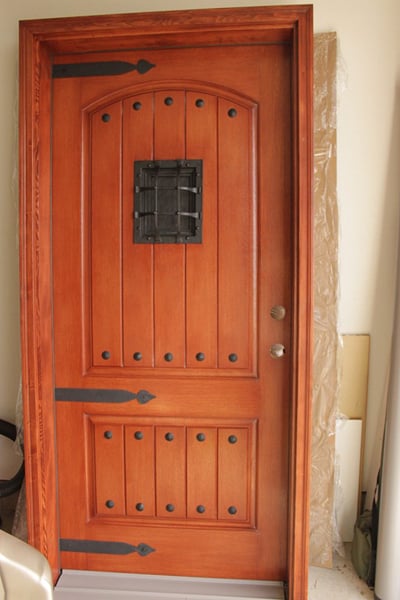 I’m all about turning lemons into lemonade, especially if I can do it for not a lot of money!  Hope you enjoyed this tutorial!
If you want to see more house pictures check out this post! 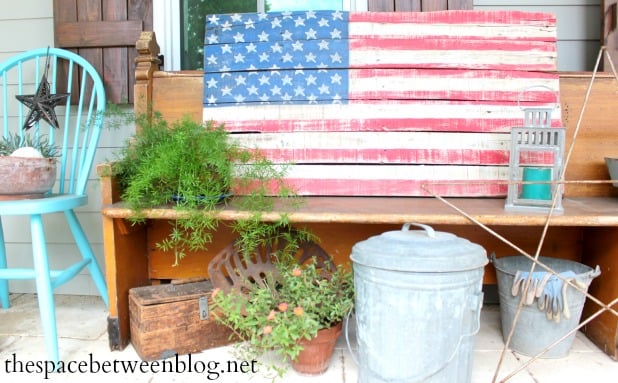 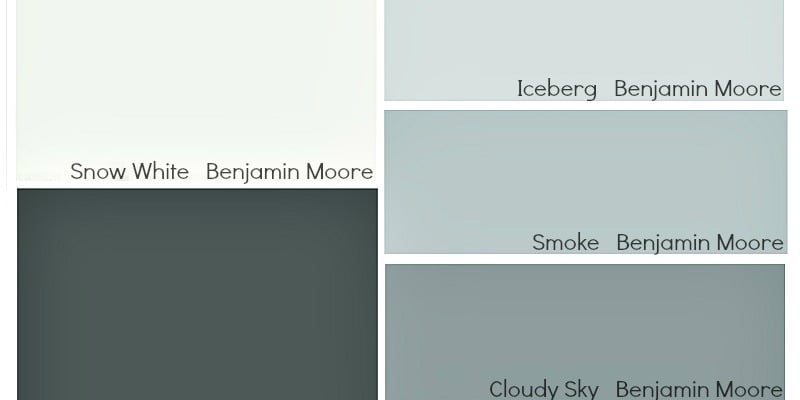 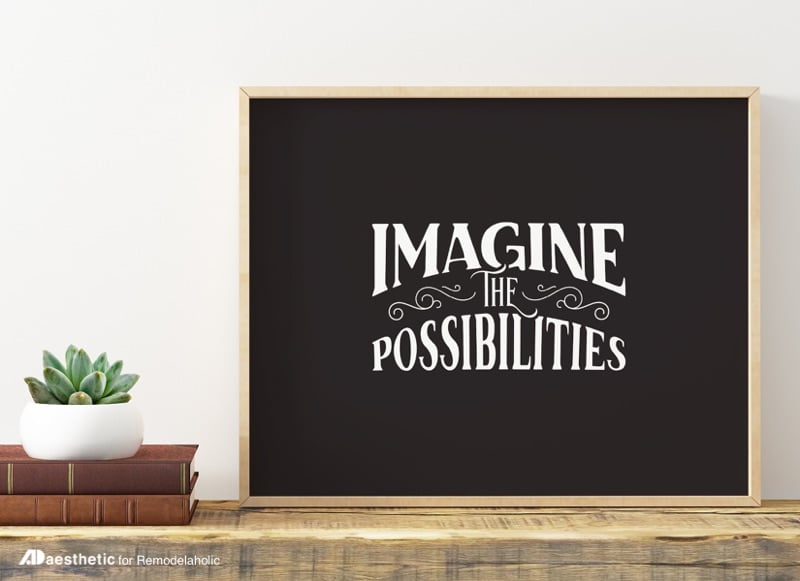