Well, I have been hinting about the project we have been working on for the last little while, and I am finally here to show you a little more about what we’ve decided to do..

Let me back up a little first, when we moved to Texas and were first looking for houses, I really wanted a 1950-60s ranch (all the right features, usually wood flooring, formal living and dining and fireplaces!)… but the homes in our budget were more more work than I was desiring at the time…  Which ended up being a good thing since I got pregnant the month after we moved here and nothing on the house happened for AGES!

The house we bought is a relatively new nondescript/builder grade home without a fireplace, or decent piece of molding in the entire house.  Ugh!  But we have been working on fixing that… More recently, with this big built in project we just showed you, and one of my goals within this project was to create a fake mantel. I admit it, I have been majorly influenced by blog-land mantel decorating… 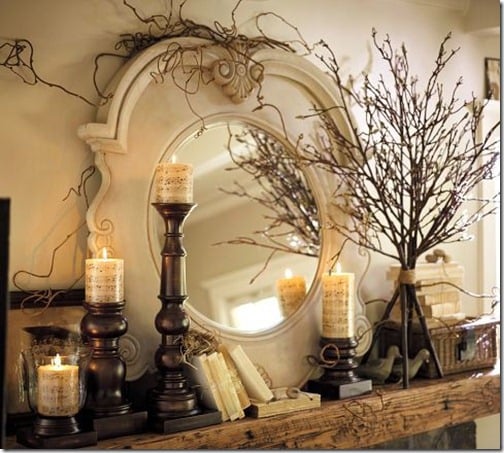 Maybe if I had one, I would decorate for holidays, or seasons… maybe?!  But seriously, having a spot to focus on decorating would make me feel like I was festive (for whatever holiday), and keep it from getting out of control or simply too overwhelming.  AND I just really want a place to hang stockings (although, I found that my 10 month old really just likes to pull them off, the second I hang them up… so go figure)

Way back in June I looked around for some awesome fireplace inspiration, And I thought I would show you a little more! today before I reveal my plans: 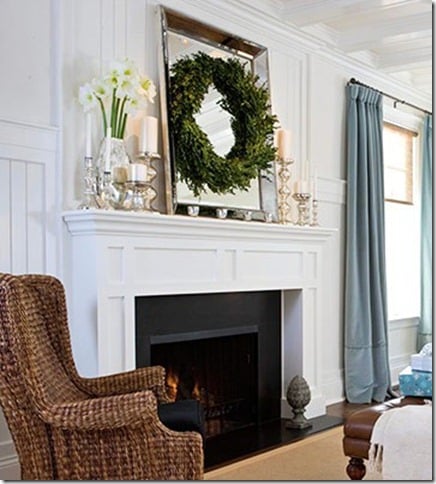 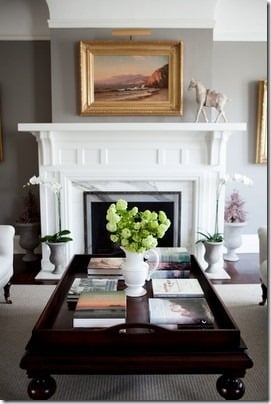 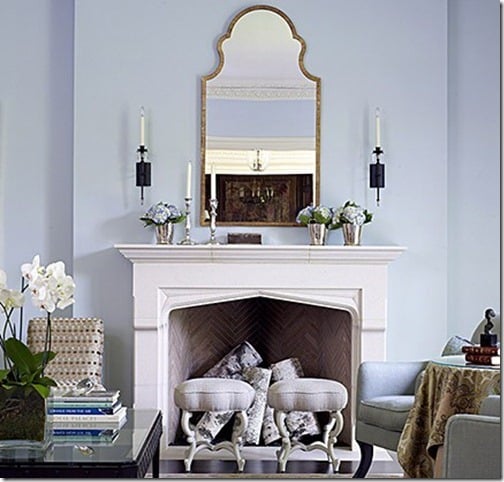 When I first started drawing the plan (before realizing we could break into the wall above the stairs) this is what I was picturing… but really quickly (pretty much the second I finished drawing it, I decided I didn’t like the proportions of the mantel it was too elongated on the bottom…

So I made a copy of that image, and then did some erasing and created a stepped up hearth to even out the scale of height to width… until I liked it.  After this drawing (below) we went to work measuring it out exactly and got building.  You can see the process here, the plan, building 1, building 2 and semi-final reveal.

Our time was short, so we skipped out on the mantel.  And honestly we’ve been working on it off and on for three weeks and we still aren’t done, so there is no human way we could have been done in time before.  I am glad we didn’t try!

Since this room really hasn’t been on the blog before (cuz, I’ve never done anything with it!) let me show you the progression of this spot.  Originally we had a long dresser, that had been moved from another room and had no home…it sort of just became the entertainment center.  I never loved it and  Etta kept pulling out the drawers and climbing up!  So I Craig’s Listed it. 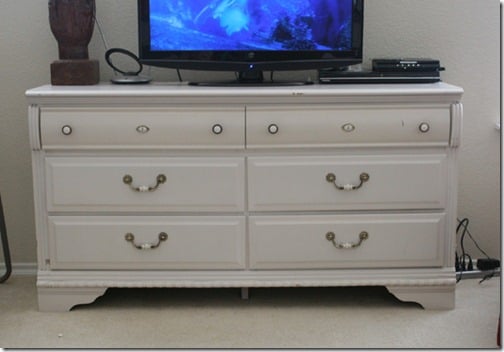 Then our friends remodeled their fireplace and gave us their old mantel.  In my crazy nesting phase, literally 5 days before having Lydia, (while we were working like crazy on our living room) we sold the dresser that we had our TV on and I had Justin hang up the TV and also hang the mantel on the wall.  (this picture makes me miss my little Buddy!  He was always helping!) 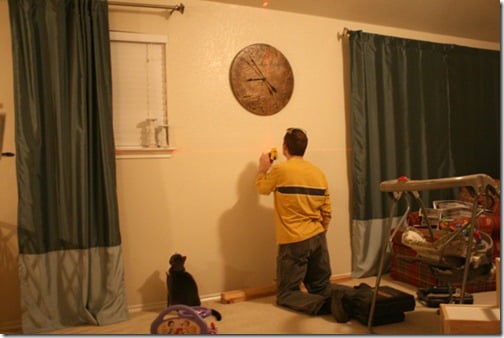 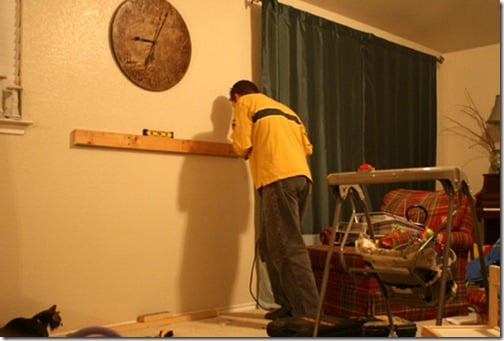 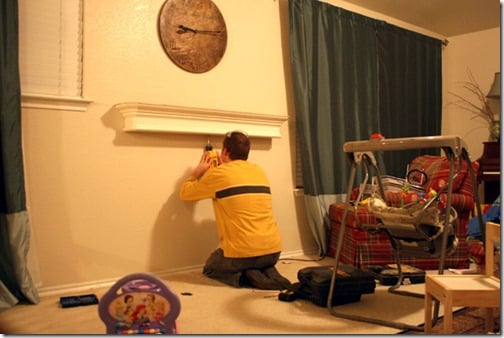 When we did the built in project, we basically did nothing else to that mantel, but add some sides, and the hearth, (which was part of the final plan).   Nothing else was permanent and it looked like this.

Now I must admit, I really can’t stand the look of it.  It isn’t awful, but the proportion is just way off to me. 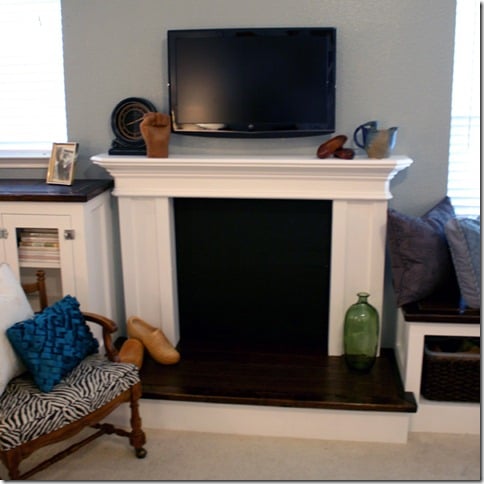 The overall built in project I love, but the mantel just stuck out like a sore thumb to me…. So, we decided to go ahead and finish.  I re-drew the plan to scale.  Justin and I discussed it for a while, drawing and erasing for a while until we got a look we liked… 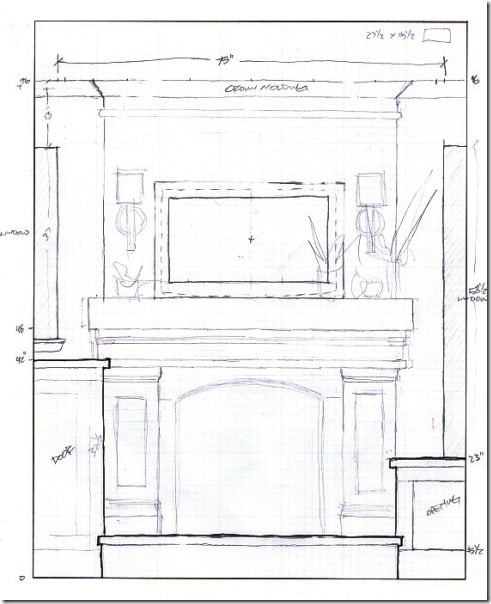 Okay, so that is the plan… I will show you what we’ve been doing next week! 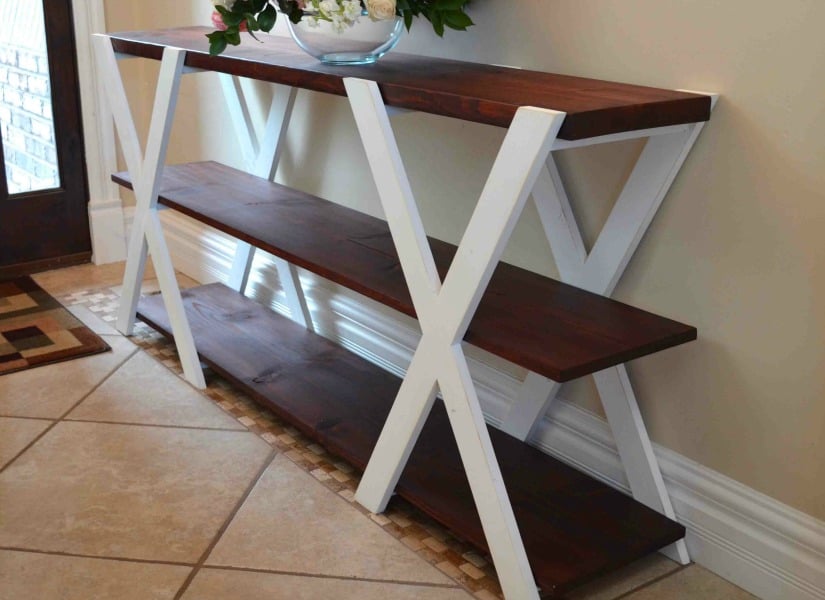 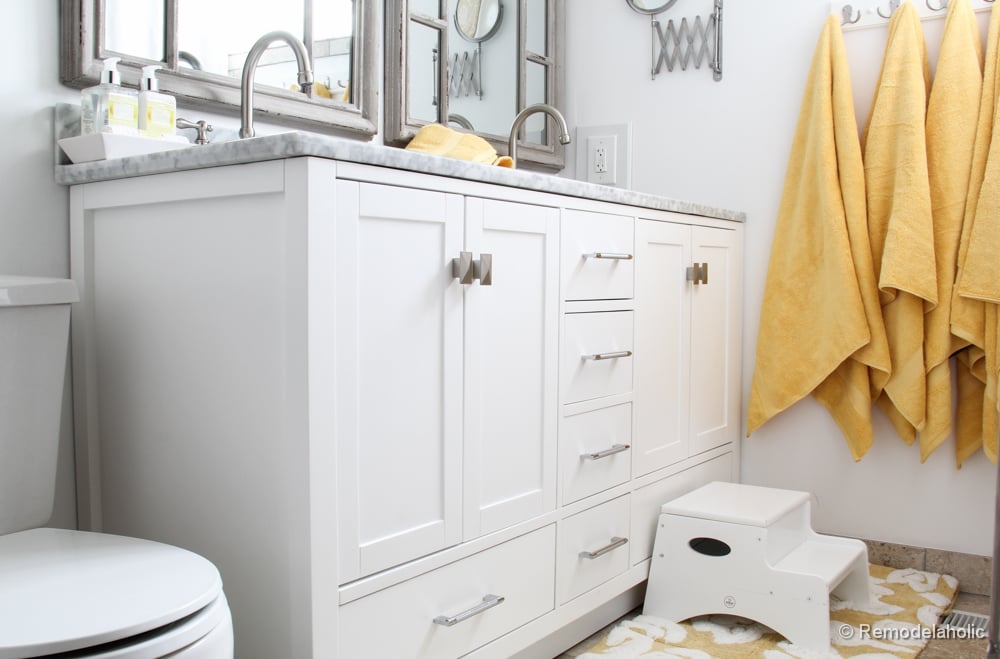 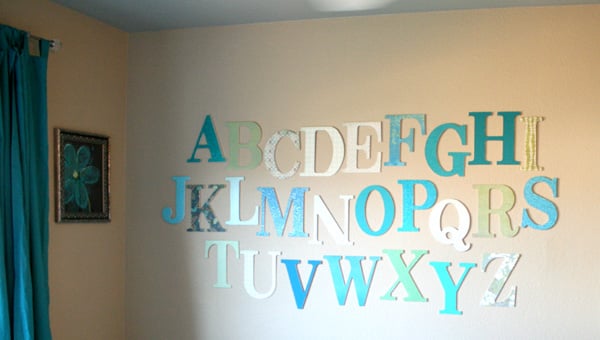 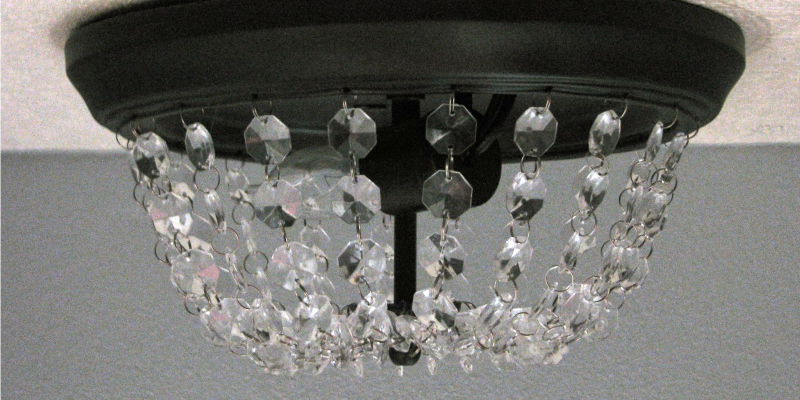 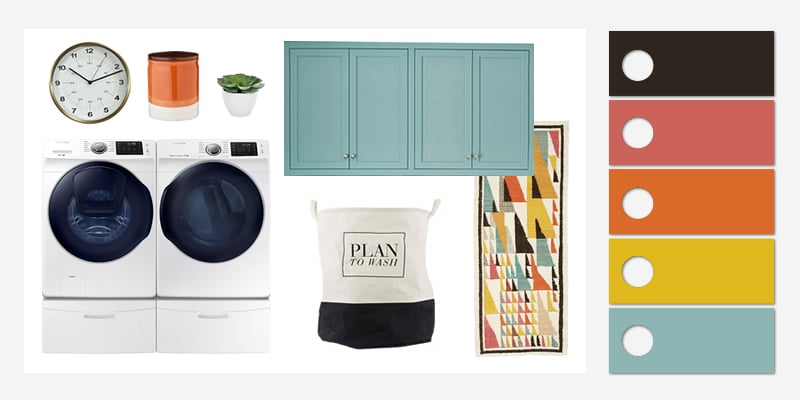